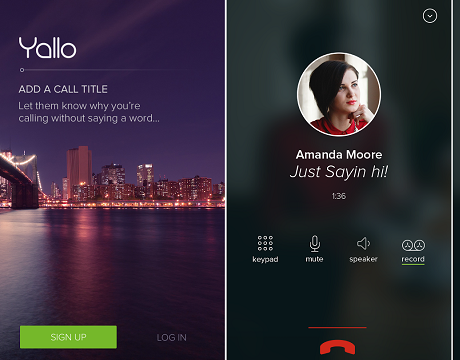 Yallo, an Israeli voice calling app startup managed to raise $2.5 million in financing led by Deutsche Telekom Strategic Investments (DTSI), the investment arm of German telecom giant Deutsche Telekom. At the same time, Carmel Ventures participated at the finance round. Yallo offers free phone calls between users, and charges a fee for phone calls made to non-Yallo members. Among other, its features include default recording of all calls and the options of sharing these recordings with others.