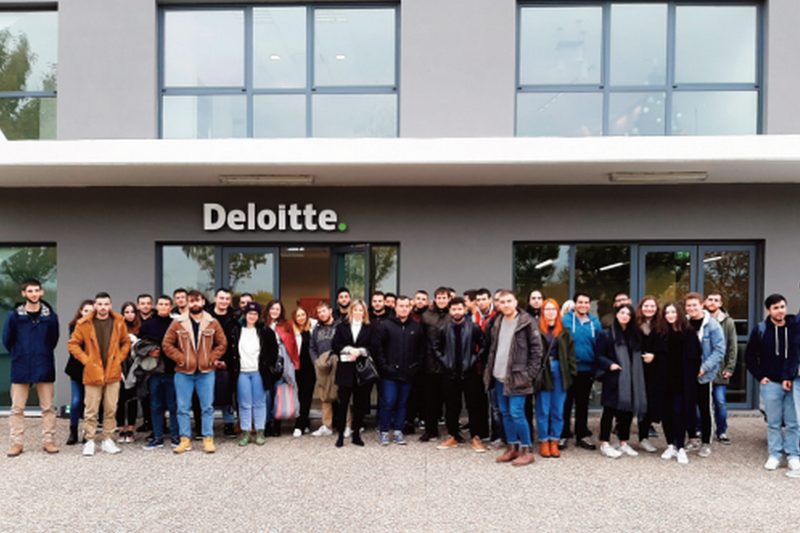 If a startup is characterized by vision, adaptability and resilience, then with certainty the innovation and entrepreneurship ecosystem of Thessaloniki has all these characteristics that contribute to its development. An additional feature is the geostrategic position of the city, the synergies of the stakeholders and the dominant tendency for the development of Thessaloniki at all levels.

A series of institutions and synergies create the right conditions for the city to have a solid foundation for it to become in the future a key hub for the development, hatching and transmission of ideas and the creation of digital and technological solutions. Over the last decade, the ecosystem of Thessaloniki presents a dynamic development with the prospect of becoming a pole of attraction for both startups and investors from the wider Balkan region. In a city like Thessaloniki three universities are constantly producing new ideas and innovative proposals, which with the appropriate guidance and support can be promoted.

Besides, what the city has to show and which is an example to be imitated is the cooperation of all institutions to support the ecosystem. Universities, businesses, professional bodies, incubators and other stakeholders from the public and private sector have moved to synergies with the common goal of developing innovation and startup entrepreneurship.

The road is long and the last year has been difficult for many startups. New ideas are put on the table in order to “attract” the interest of investors. Pre-seed and seedVentureCapitalfunds have received a sufficient number of business proposals from Thessaloniki, although during the pandemic many agreements were left behind!

During the summer, however, the first investment of the TECS Capital Fund in Cyclopt PC, a spin-off of the Aristotle University of Thessaloniki that provides innovative solutions in the field of software quality – Quality as a Service (SaaS model) was announced.

The TECSCapital Fund, which is the first Venture Capital Fund to have Thessaloniki and the wider region of Central Macedonia as its reference area, is expected to proceed with new investments by the end of the year.

Vote of confidence in Thessaloniki by global giants

With the installation of Pfizer, Cisco and Deloitte in the city, Thessaloniki entered the map of investments and began to evolve by concentrating the added values of new digital technologies and their presence in the city. The common goal of the companies is to support the ecosystem and its further development.

Investments are not only a matter of numbers, but also of the diffusion of the overall benefit to the greek society. By the end of 2021, the number of highly qualified employees at the digital center of the US pharmaceutical company Pfizer in Thessaloniki will have increased to 300, as another 50 recruitments are expected in the next seven months. The company’s goal is to connect with the startup ecosystem of the city and the beginning was made with the competition “Patient Centric Innovation” in collaboration with ElevateGreece.

Cisco also chose Thessaloniki for the creation and operation of the International Centre for Digital Transformation and Digital Skills (digitalhub) to enhance digital transformation and digital skills in Greece. It has already signed numerous memoranda of cooperation with municipalities, universities, chambers and other bodies aiming, among others, at joint research, education on digital transformation technologies, the creation of innovative solutions to everyday problems and the development of collaborations abroad.

Deloitte’s know-how model center in Thessaloniki that operates in the Technology Park is a model center of innovation, creative thinking and productivity.At DeloitteAlexanderCompetenceCenter (DACC) more than 500 new specialists in new technologies are already working on it in order to integrate an additional 400 people next year. The company’s goal is to exploit the skills and prospects of young talent in Greece. That is why Thessaloniki was also chosen, due to the extremely high academic level with the presence of many important universities.

From the workshops… On the market

The Higher Education Institutions and the Research Center (CERTH) of Thessaloniki have demonstrated internationally recognized research work. The next objective is to link university research with the business world, which, as the numbers show, is in the process of being developed. The Aristotle University of Thessaloniki, the largest university in the country, has a high percentage of trained students who produce research on cutting-edge issues.

In the top five of the ranking of the most active departments in research are those of Informatics, Physics, Mechanical Engineering, Electrical and Computer Engineering and Medicine.The last spin-off created in 2020, is from the department of Medicine.

This is the Captain Coach, which develops “smart systems” to guide and assist elderly people in their homes in health care and wellness issues. In total, eleven spin-offs have been established at the Aristotle University of Thessaloniki, five of them in the difficult – due to covid – year of 2020, while in the next period of time announcements for new spin-offs are expected.

Moreover, the Aristotle University of Thessaloniki is the first Greek university to financially support the protection of industrial property, with the filing of patents (83 in total), with about 50 being active today. In recent years, the National Centre for Research and Technological Development (CERTH) has also been aiming at the commercial exploitation of its research results over time. So far, 18 spin-offs have been established and six in the last year.

Among the most active and growing spin-offs is pragma.IoT, an integrated platform for the collection, analysis, processing and visualization of data derived from IoT sensors, and PETROCAT PC that develops software to simulate refinery units of catalytic cracking and designs and constructs pilot facilities related to petrochemical, chemical and environmental technologies.

This year, CERTH is in its 21st year of operation and is at the forefront of basic and applied research to address the contemporary challenges of society in areas such as green energy, sustainability, artificial intelligence, advanced robotic systems, the Internet of Things and the circular economy. In 2020, it secured more than 55 million euros and is one of the most important employers of specialized research staff in Northern Greece employing more than 1,100 people.

Thessaloniki: An ecosystem in progress

The economy may have been hit overall in the last year due to the coronavirus and several efforts and ideas have been left behind, but the momentum is favorable for the development of startups and especially those active in medical technology, life sciences and digital services. According to Elevate Greece data, in the startup register life sciences are in the first place in the rankings in terms of the sector of activity with a percentage of 14.1%.

Startups who provide services to serve remote needs were also on track to accelerate. A typical example is Geekbot, which supports teleworking. The company has more than 1,500 customers in the USA, Canada, Northern Europe and Japan.

At the same time, Schoox offers distance learning services to 2,000 customers, mainly from the USA, has a presence in 120 countries and employs 165 people, the majority of whom are in its offices in Thessaloniki. At the same time, startups in the field of health managed to establish themselves and grow in the difficult conditions.

Based in Germany and Greece Kinvent has been able to to show flexibility and continue its activity despite travel restrictions.With 20 employees, 12 in Grenobloe and 8 in Thessaloniki, the company manufactures the components of KFORCE (integrated system of interconnected devices for meauring and monitoring the strength, movement and balance of athletes and patients through IoT technologies) in France and sends them to Greece to assembly.The company that generates 80% of its turnover abroad continues to grow in international markets.In fact, last December it opened a new branch in New York to conquer the North American markets.

It is also aiming at other markets such as Europe and Asia with growth forecasts of 11 million euros in turnover in 2022 and 30 million in 2023.. The company was created in 2017 with the guidance and support of OK!Thess and received funding from the investment fund Uni.Fund. AidPlex, based in Thessaloniki, was also established in 2021 in the USA, while in the last two years it has collected a total of 250,000 euros from grants from the European Commission and startup competitions.

In order to provide patients with a better therapeutic experience, AidPlex has so far developed two medical devices, ScolioSense, a scoliosis management system, and the AidPlex splint, a thermoplastic splint for the treatment of fractures, made of environmentally friendly materials. In the midst of the pandemic, new efforts were launched from Thessaloniki, such as that of Agro-U, which was presented by Google as a “success story” and was distinguished in the startup Competition 2021 of MIT Enterprise Forum Greece.

Agro-U moves in the agri-food sector and connects farmers with certified and trained staff. In addition, the application provides user evaluation systems as well as automated payment procedures. But it is not only the startups that contribute to the creation of the technology ecosystem of Thessaloniki, but also large technology companies abroad and domestically mainly from the IT field have their headquarters or application development center in the city, attracting talent from all over Europe. A classic example is Onelity, which offers IT services to large companies in Germany and beyond.