The ambitious team of the Cretan company Enermech will launch in the summer of 2022 the new autonomous four-wheel Sunnyclist L7e-C, which uses solar energy for its movement 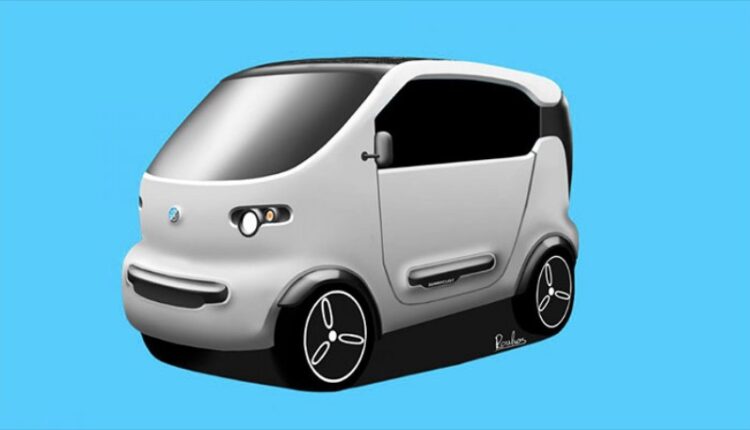 The idea for the creation of solar vehicles was born in the mind of the mechanical engineer Manolis Tsikandilakis in 2006 along with the establishment of the company Enermech which he leads in Heraklion, Crete, but the first solar vehicle under the name Sunnyclist Islander was developed in 2010.

Sunnyclist Islander realizes the idea of the solar bicycle, the self-reliant vehicle that can offer a unique driving experience with freedom and comfort.

With a photovoltaic generator with a power of 180W it charges its 700Ah battery on less than a sunny day offering up to 65km from the sun + 50km from the battery, a total of 115km in one day. “We enter the market of solar vehicles with our solar bike, which we produce in a small production unit that we have and we offer it at a cost that is comparable to the cost of similar vehicles in the market”, said Mr. Tsikandilakis.

A year later, in 2011, with the L7eC project, the ambition was developed to produce first a three-wheeled vehicle and then a four-wheeler that can move autonomously, without the need for charging infrastructure. In fact, three tricycle prototypes were developed by 2018.

According to the Greek Mechanical Engineer, the new prototype of Sunnyclist that belongs to the category L7e-C, the development of which began in 2019 and which will be released immediately, is a four-wheeler, is supported by the Region of Crete and is subsidized by the Action 4.f.1-“Partnerships of Enterprises with Research and Knowledge Dissemination Organizations, for the promotion of low-carbon technologies“. “This prototype will be ready in 2022. We hope that during the summer we will do our first tests on the roads of Crete”, he says.

Characteristics of the four-wheeled solar vehicle

The Sunnyclist L7e-C is a creation of the Greek company Enermech and will be built with the support of the Region of Crete and the Technical University of Crete. The design belongs to the industrial designer Michalis Roulios, with the installed capacity of the photovoltaic generator amounting to 780W. Half of the cells are hidden and extend only when the vehicle is parked, thus achieving an elegant design with good aerodynamics, maintaining the adequacy of solar energy.

The company collaborated with the Technical University of Crete for the implementation of the project, as Mr. Tsikandilakis describes: “The team from the Polytechnic University undertook to design the chassis of the vehicle that we could not, that is, the aluminum frame, which was then studied with a Simulation Test Crash using a specialized software package of the company VETA CAE Systems S.A.

In collaboration with The CommonsLab company, an intelligent prototype energy management system was developed, so that the user has all the information needed to control the route and the energy condition of the vehicle. “This system is very important because one can control the energy autonomy of the vehicle at any time,” explains the vehicle’s creator.

In addition, a travel computer application for Android devices was developed, which collects data from the weather forecast (sunshine), the energy data of the vehicle and is specially configured for Sunnyclist, in order to accurately predict the energy condition of the vehicle during the journey. For this purpose, prototype electronic systems have been developed which communicate with each other via CAN BUS. Communication with smart devices is via bluetooth.

It is worth mentioning that the Enermech team has been distinguished repeatedly, taking the 3rd place in the national business seeds competition of the National Bank of Greece in 2016 and the first prize in the Mentoring Start Up competition organized by the Science Technology Park of Crete of the Institute for Research and Technology Hellas (FORTH) and the Diogenes Business Incubator of the University of Cyprus, in 2013, while in the same year it was distinguished in the Balkan Venture Forum Startup competition organized by Europe Unlimited. At the same time, it participated in the 100 best green business ideas on a Pan-european level in the European Venture Forum 2013 competition in Düsseldorf. In 2015, the company was supported by the “Together in the Startup” business incubator of SEV, for the development of entrepreneurial skills and the drafting of a business plan.

At the moment, Enemerch is active in the field of industry and energy and specializes in the design and construction of mechatronic applications, robotic systems, renewable energy projects, electromechanical projects, the certification of machinery and the services of a Safety Technician, having undertaken projects for the design and construction of demanding mechanical applications for the largest industries in Greece and having installed more than 2MW in photovoltaic installations.

The company is at the cutting edge of technology, uses the most modern design and computational programs for applications such as 3D design, CAE, CAM, Dynamic Simulation and the latest technologies such as Virtual Reality reliable and Rapid Prototyping and modern manufacturing methods with CNC machines.

TÜV NORD: In Greece one of the four specialized medical device centers in the world