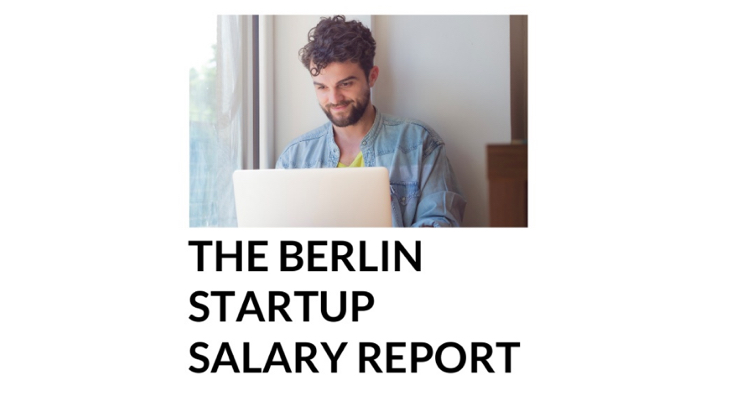 Berlin’s reputation as ‘poor but sexy’ precedes it. International, creative people have long been drawn to its liberal diversity, and facilitated by low costs, the city became the perfect place to spark a disruptive tech scene.

Now, as supportive infrastructure grows and the scene matures, Berlin’s entrepreneurial culture is flourishing. This in turn makes the city very attractive to the young and ambitious, and so the cycle continues.

According to the Institute for Strategy Development (IFSE), which recently published its report on the tech hub called Booming Berlin: A Closer Look at Berlin’s Startup Scene, startups are a major employer of internationals:

The 620,000 registered foreigners in the city make up 16.5 percent of Berlin’s total population. The city is a long way ahead of the German average (8.9  percent of total population). According to Berlin Partner, 186 different nationalities reside in the city. This is not only reflected in the multicultural cityscape but also within the startup scene. With 49 percent of its startup employees not being German citizens, Berlin’s startup workforce is more diverse than Silicon Valley’s (45 percent foreign workers) and only topped by London according to the Global Startup Ecosystem Report.

So, Berlin is clearly still considered a sexy place to live, but is it still poor? That’s surprisingly hard to define. What people earn in Germany is a closely guarded secret, making it difficult to find conclusive salary information. It’s especially tough for job seekers, as salary ranges are not advertised alongside job descriptions, with little indication of what people are paid for the positions they occupy.

This lack of basic transparency makes it hard for job candidates to know what to expect from a position or how much bargaining power they have during salary negotiations. Thus, there is a pressing need to provide people with reliable information that could allow them to better understand the local jobs market.

As Berlin is a key hub of the European tech scene, it is crucial that job seekers – both local and international – understand precisely what they can expect financially in order to make the best decisions for their careers.

To that end, BerlinStartupJobs.com has hosted an anonymous survey since April 2013, which asked respondents to share details about their salaries, their work experience, their industries and their level of contentment with their current roles. Participants could also provide additional feedback about their roles and their experience of living and working in Berlin. The entire survey and graph plots can be found in the appendices.