RENEGADES- BORN IN THE USA 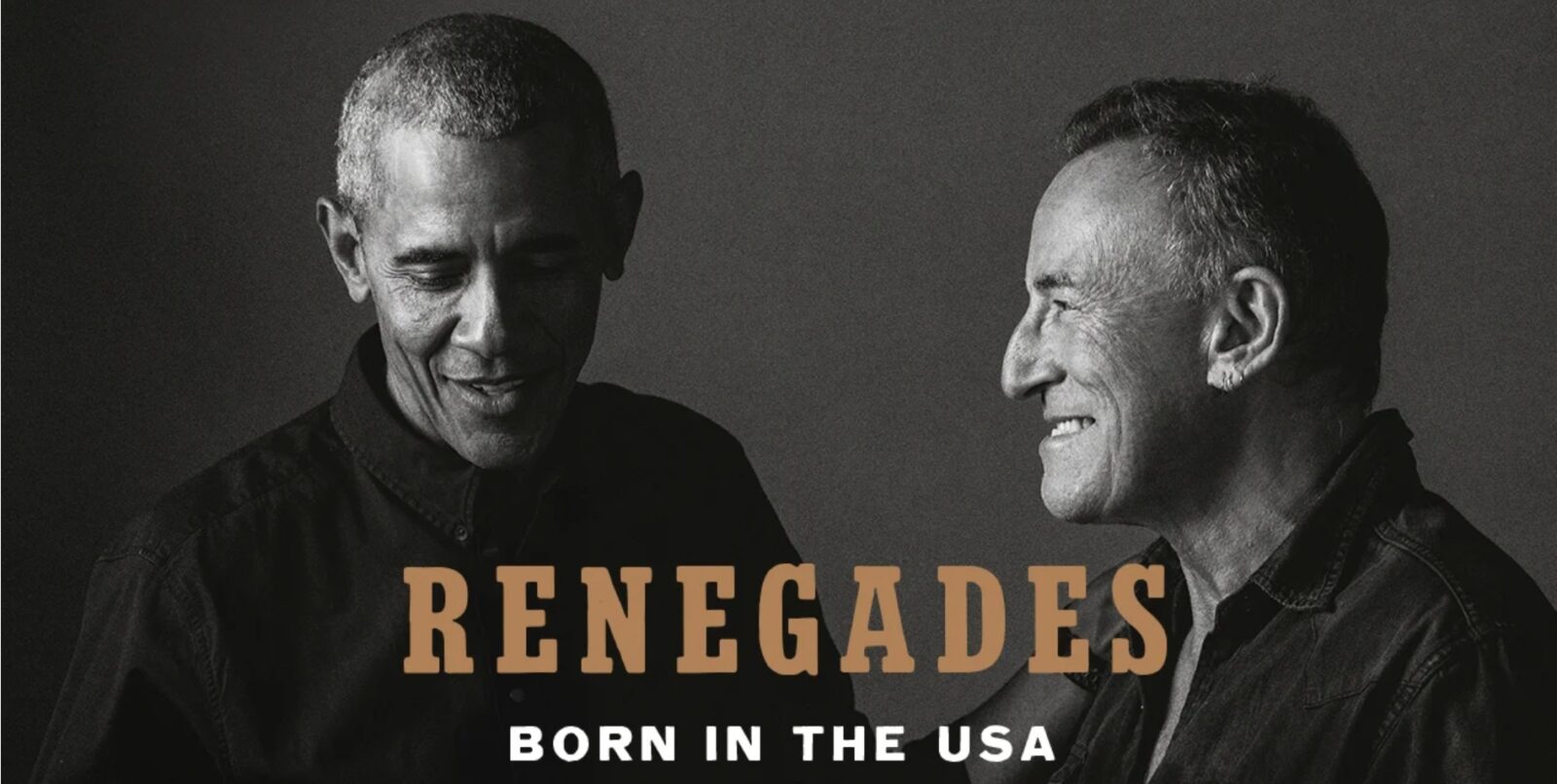 After the great success and wide reception of Barack Obama‘s memoirs by both international and Greek audiences, the popular former U.S. President returns with his new book co-authored with the Rock Music legend Bruce Springsteen.

It is a luxurious, color, large coffee table book which in the USA has already been blown away from the first days of its release.

But what can a former American president and a rock star have in common? How can the traumatic memories of their childhood bring them together? How much did their youthful nightmares look like and how did they manage to get rid of them? Is it possible to come out better through an emotionally painful state, exorcise one’s personal demons and excel? And finally, how important is it to share with others what hurt you and indelibly marked your life?

Answers to the above questions, extremely interesting ones, are given by Barack Obama and Bruce Springsteen through a series of their personal discussions, which they share along with dozens of rare photographs, original texts of speeches, unpublished lyrics, collectible posters, etc.

“RENEGADES: Born in America – Barack Obama and Bruce Springsteen” is much more than a common book. It is a shocking confession of two important but different personalities and a deeply psychoanalytic verbal communication between two friends who, in their own way, have left their imprint on the recent history of their country. Above and beyond all, however, there are two men, two American citizens who carry the psychological burdens of their not-so-easy past and are concerned about the uncertain future of their country.

“The best conversations have a timeless quality, they take you back to the realm of memory, leading you towards your hopes and dreams. Sharing stories reminds you that you are not alone – and maybe it helps you understand yourself a little better,” says Barack Obama, expressing his satisfaction that many people identify with them through their conversations: “Many people told us that when they heard us talking they thought about their own childhood. Their own dads. The cities they grew up.” And indeed their stories are so human and true, and the way they share them with each other is so sincere that surely everyone will discover a part of themselves at some point. He may even get some useful answers about essential issues in life.

Because, as Bruce Springsteen very aptly points out, “It’s from this kind of conversation that you talk through your heart and from which you leave with full understanding of how your friend thinks and feels. You have an insight into the way he sees himself and the world.” He admits that the two of them realized that they have a lot in common: “At the end of the day we discovered the similarities in the moral shape of our lives. It was the presence of a promise, a code through which we strive to survive.”

The book was released in Greece yesterday by AΘens Bookstore Publications, while it has been available in the USA, Australia, Canada and the UK since October 26.

The book, which has been available in the USA, Australia, Canada and the UK since October 26, was released in Greece yesterday by AΘens Bookstore Publications ( https://www.athensbookstore.gr/product/politiki-istoria-ellas/renegades-asymbibastoi-gennimenoi-stin-ameriki).