Pharmaserve-Lilly celebrates a century of innovation in diabetes 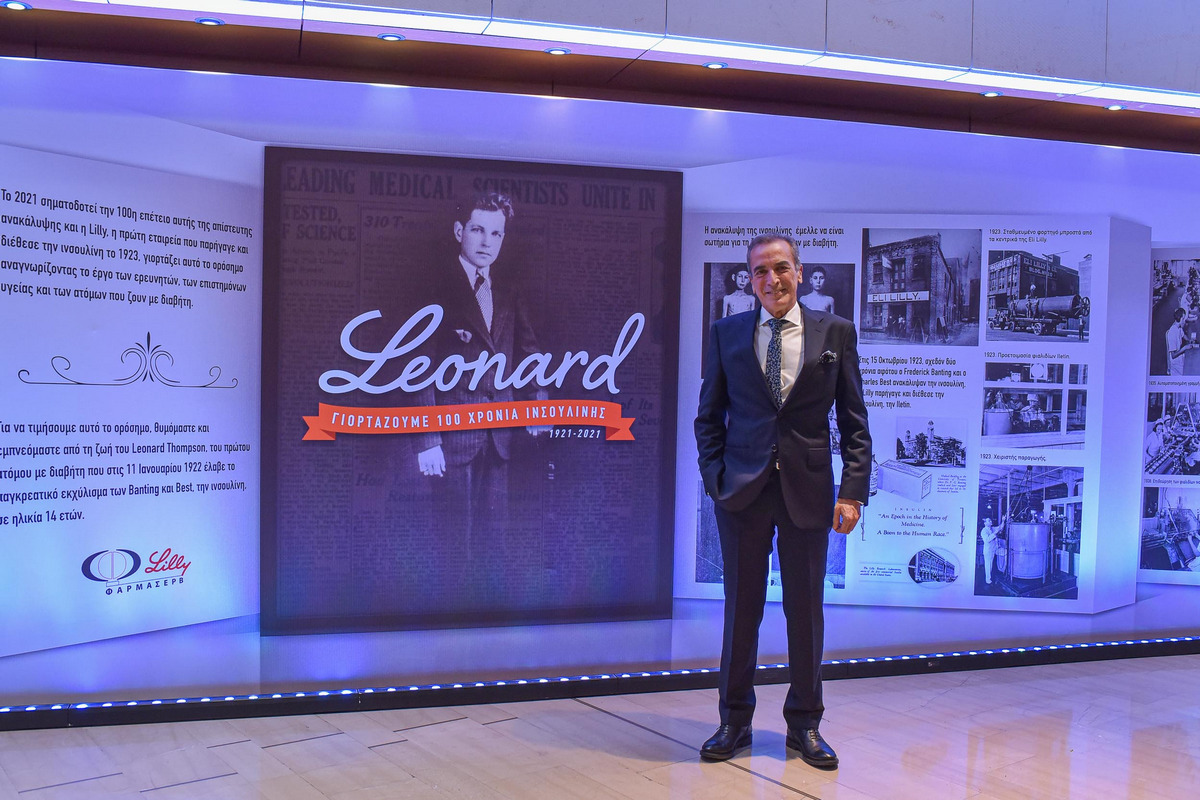 Lilly was the first company to mass produce and dispose insulin Iletin in 1923. By 1925, Lilly had distributed a total of 217 million insulin units offering hope for life to people with diabetes. To honor this important milestone, the company remembers and is inspired by the life of Leonard Thompson, the first person with diabetes to take insulin in 1922, when he was just 14 years old.

Bearing the title Leonard, the celebration of the 100th anniversary of the discovery of insulin is not only about the achievements of the past but also about recognizing the progress made in the development of insulin and other treatments in diabetes in the years that followed.

In the context of the celebration, a major online event was held on November 27th with a digital connection through a platform of Athens and Thessaloniki and with live streaming throughout Greece, which was attended by hundreds of Health Scientists that deal with the treatment of diabetes daily.

The participants were welcomed by Dionysios Filiotis, President and CEO of Pharmaserve-Lilly, stressing the huge importance of the discovery of insulin and its wide availability for the lives of patients, while underlining Pharmaserve-Lilly ‘s commitment to the management of this global scourge.

The event consisted of four thematic units in order for the 23 distinguished scientists, who participated as speakers and presidents, to recall the 100 years of developments and innovation.

The second session focused on the “Present” with important presentations on the current treatment of type 1 diabetes and type 2 diabetes, hypoglycaemia as a brake on achieving glycemic regulation in diabetes and its management, as well as modern therapeutic interventions in light of micro – and macro – complications.

The third session was related to the “Future” in the treatment of insulin and other antidiabetic drug therapies, the treatment of diabetes beyond pharmaceutical solutions, the role of Pharmaserve-Lilly in therapeutic developments and the economic dimensions of innovation in diabetes.

The event concluded with the fourth session that attempted to detect “the effect of diabetes on life, on expectations and on art”. Important personalities from the field of diabetes through interviews looked back on these 100 years of development and innovation, sending messages of hope.

Inspired by the story of Leonard who earned his life based on the achievements of science, the company is committed to providing innovative proposals, such as innovative drugs, new technologies and support programs that will fundamentally change the lives of every Leonard, every person with diabetes in the years to come.

Pharmaserve-Lilly finally announced the award of 3 scholarships, namely one scholarship for each of the 3 scientific societies in the field of diabetes, the Hellenic Diabetes Association, the Diabetes Association of Northern Greece and the Hellenic Endocrine Society with evaluation criteria that will also raise the issue of innovation in diabetes.

Training conference in cloud, big data and Al at the Pfizer hub