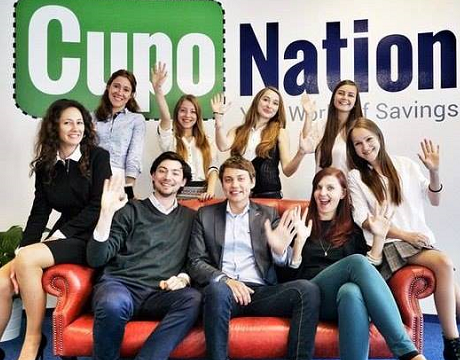 CupoNation secured €10M in Series B financing round

CupoNation, a leading operator of digital destination platforms for offering the best in discounts and bargains across retail around the globe, secured 10 million Euros in a Series B financing round. The funding process was led by Rocket Internet and had the participation of Holtzbrinck Ventures, New Enterprise Associates (NEA), e.ventures, ru-Net, Deutsche Telekom Strategic Investments (DTSI), Silicon Valley Bank and Columbia Lake Partners.

CupoNation aims at bringing the best opportunities to save from across all categories to everyone around the world and builds tools to access and discover them. The company currently operates more than 40 platforms in at least 20 countries seeing multimillion visitors every month and rapidly increases its footprint, global coverage and scale. At the same time it partners with around 25,000 online stores and brands. CupoNation launched its first platform in September 2012 in India and since then entered markets in 5 continents with the most recent opening being in Mexico, last November. CupoNation is headquartered in Munich, Germany and has further offices in Paris, Madrid, Amsterdam, São Paulo, New Delhi and Moscow. The company plans to use the funds in order to support the strong growth track of the company, which has seen an increase in its revenues of 670% in 2014.