OTE as a case study in international universities 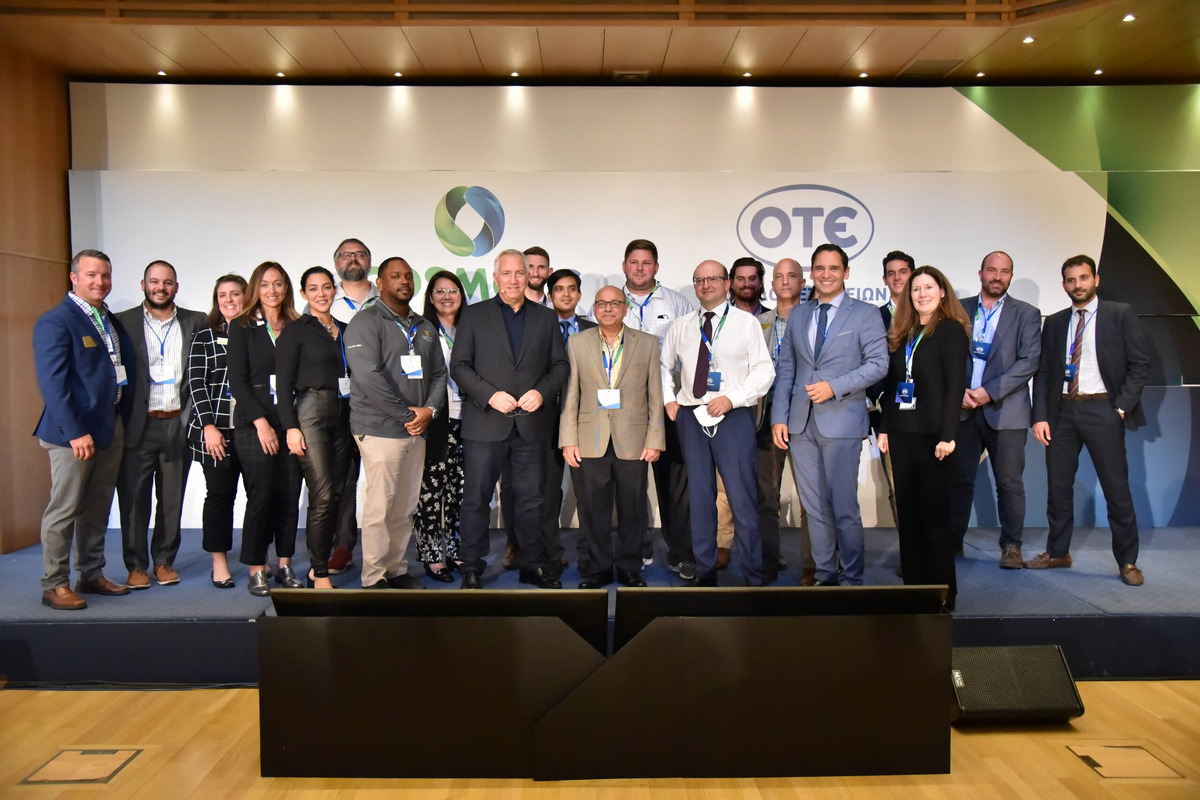 The example of the successful transformation of OTE during the decade of the crisis was studied and analyzed by Executive MBA students and professors of one of the oldest universities in America, William and Mary, and the Athens University of Economics and Business (AUEB).

The postgraduate students of the American institution from which four U.S. Presidents have graduated, visited OTE in the framework of the University’s Global Immersion Program, which this year is organized in Greece, in collaboration with AUEB.

For the participants in the program, a special workshop was organized with the president and CEO of OTE Group, Michael Tsamaz, and the company’s management team, on the transformation program of the last decade, as reflected in the case study of Harvard Business School, “OTE: Managing in Times of National Crisis”.

According to this study, which is available for any interested university to be used in the teaching of relevant courses as an example of management in adverse economic environments, OTE Group is an example of a company that during the economic crisis strategically chose to invest in growth.

As the head of OTE Group characteristically said: “There are two ways to deal with the crisis: either you play defensive and hope for the best, or you treat the crisis as an opportunity, you end up with a specific strategy and you come out on the offense.”

Mr. Tsamaz explained to the participants what the Group was facing in 2010, when the economic crisis in Greece began. He referred to the strategy he followed to ensure the viability of the company, implementing a series of actions to reduce and renew debt obligations and investing in growth. He also talked about how he managed to transform OTE into a modern, efficient and competitive technology company, modernizing systems, processes and internal structures, changing the culture and putting the customer at the center. Mr. Tsamaz also analyzed the strategic digital transformation programme launched since 2016.

“The Group’s digital transformation program moves in three directions: customer experience, networks and its internal operation. Combined with our state-of-the-art networks and the ICT projects we implement, we are a force for digital transformation for society, businesses and the country.”said the president of OTE Group. Describing the OTE Group of today, Mr. Tsamaz spoke of a modern company that has put sustainable development at the core of its strategy and has incorporated ESG criteria for years into its operation.

“Sustainable development is not just a program or an action of corporate social responsibility. It’s not a question of activism. It is something deeper and more substantial. It’s a way of thinking. Economic growth and sustainability are two sides of the same coin,” he said, and added: “Our vision is to create a better world for everyone. A world where businesses grow in full awareness of their environmental footprint. A world where all people have equal access to connectivity and new technologies so that they can take advantage of the possibilities they bring. A world without discrimination, with equal opportunities for everyone.”

Mr. Tsamaz shared with the students his plans for OTE for the next decade. “By 2030, we want to turn OTE into the technology company of the future,” he said, explaining: “A digital services provider with a special focus on the country. A company that in addition to the top connectivity it will provide, it will also focus on the customers and their needs. The aim is to enjoy the trust of everyone, the consumer, society, the State and the entire technological ecosystem“.

Concluding the discussion with students and academics, the OTE administration congratulated the Rector of AUEB, Dr. Dimitris Bourantonis, the vice-rector, Dr. Vassilis Papadakis and Dr. Rajiv Kohli, Professor of Business at William and Mary, for the high level of education they provide and for the opportunities for students to get in touch with the real world of business.”It is a great satisfaction for the entire OTE Group management that contributed to the educational program of the universities. It is our duty to share our experiences with young people, and to help them acquire more knowledge and skills, useful for them to evolve and grow”, noted Mr. Tsamaz.