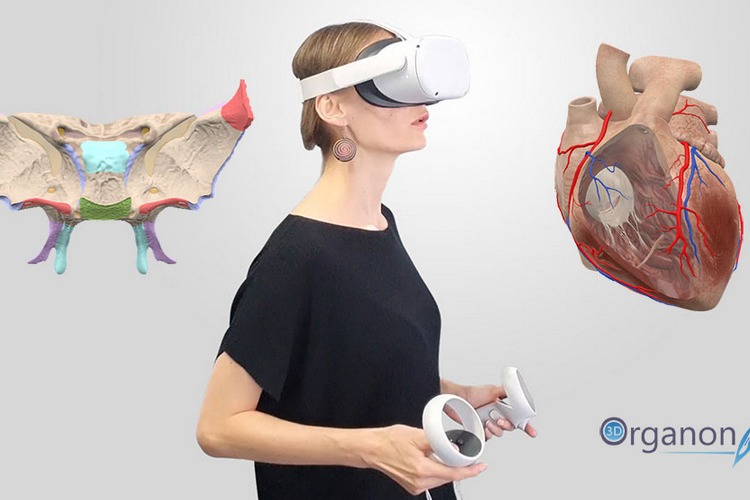 Its new version, 3D Organon 2022, includes, among others, more than 12,000 anatomical elements, ultrasound simulation, new models of microscopic anatomy, images of imaging diagnostics, histology, embryology and pathology, combining at the same time an extensive number of anatomical terms and descriptions, as well as other functions, translated into 16 languages.

The company is based in Australia and has been founded by greek academics in the field of medical anatomy and education, maintaining a branch in Athens. In the first quarter of 2022, in fact, Medis Media is expected to expand its operations in the U.S., establishing a new branch in Silicon Valley, California, the leading hub for startups and technology companies such as Google, Apple, Facebook, Tesla and many others.

It should be noted that in 2019, Medis Media received funding from one of the largest technology companies, HTC Corporation, to further develop virtual reality (VR) technology on the 3D Organon platform. In the third quarter of 2021, Medis Media secured additional funding from VIA Technologies, the global leader in connecting businesses to advanced AI, IoT and computer vision technology.

3D Organon also participates in medical conferences worldwide, and since 2017 it has been continuously receiving international distinctions for the innovation it brings to the field of medical education and technology. Already in 2021 he was awarded with the Ed Tech Award 2021, in the educational category “Virtual and Augmented Reality Solution.”

She also received the MuseCreative Award 2021, in the category “Experimental and Immersive Virtual Reality projects”, among 4,876 entries from around the world. Continuing its honorary course, the startup  was also distinguished in the Impact Bite Awards 2021, in the category “Specialized Sectoral Applications and Training.”