ODX Accelerator: Over 100 million dollars for the next generation of global founders 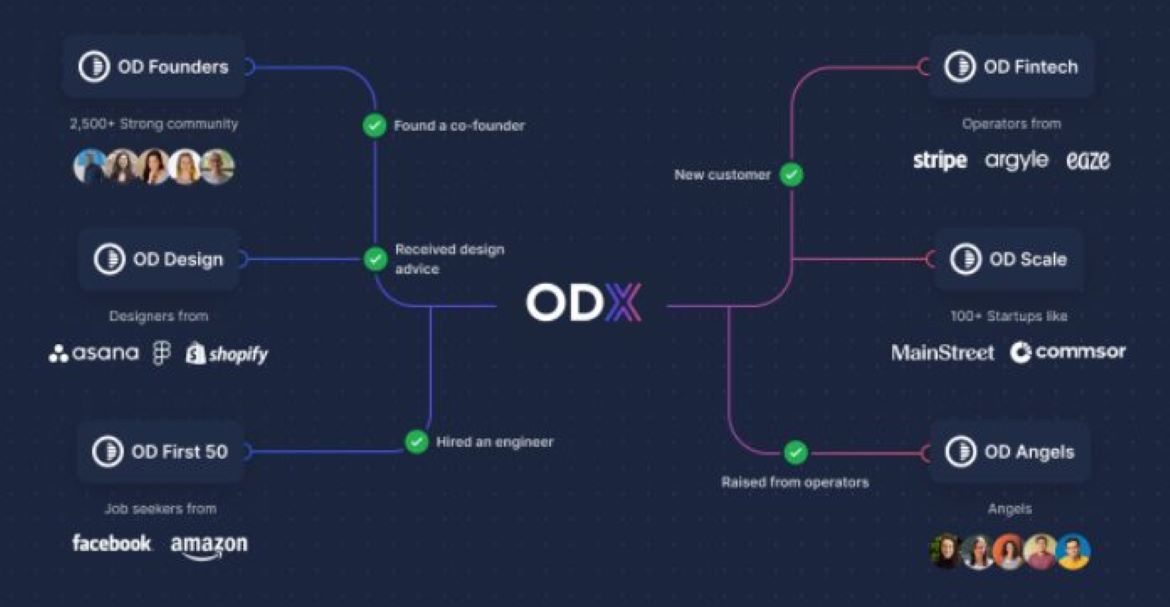 On Deck‘s mission is to expand the global startups economy. In fact, the accelerator helps founders start and expand companies, find jobs, by investing in careers.

Although almost all major tech companies started out as startups, most of them have partially or poorly formed founding teams, many of which don’t even come off the starting line.

This is because their founders did not have the capital and access to specific clients or partners, a community by their side to make the leap.

This missed opportunity and the human resources that is not leveraged cost society about a trillion dollars.

For this reason, On Deck has announced the ODX, a fund of more than 100 million dollars supported by the community, to accelerate the next wave of global founders.

On Deck is a place to start the founding journey of one’s company, to which is added a capital combined with structured support and more resources.

This capital takes two forms, with ODX – tailored to each founder’s path – investing 125,000 dollars for 7% and appointing a skilled Build Partner for each team to help them create a plan, focus on it, and navigate the On Deck network during the program.

Also, there are the Runway Grants – up to 25,000 dollars available over a 3-6 month period for “explorers” participating in the “ODF” program to provide further support on a personal level during the building of an approach around an idea.

The capital is generally at the heart of the community, allowing hundreds of On Deck members to invest, get into play and contribute to the expansion of the global startup economy.

Since 2016, an international community has been built through On Deck that focuses on founders. In the last two years, a network of programs has been created, where the most capable people working in the field of technology go to start, expand or join companies and invest professionally in cooperation with their counterparts.

Participants will have the opportunity to use all the above to raise funding, hire workforce and expand as startups.

In particular, at On Deck  there is not just a Talent-class partner, but thousands of players with whom they can connect through the Talent Market, such as the weekly Talent Show Day, where companies like Spora are already making significant hires.

Similarly, those interested in raising money in the next round of funding, apart from a fundraising partner who will help with Demo Day, will be constantly given entry to some of the best angels and investors in the world through programs such as On Deck Angels and ODVC.

Finally, throughout the On Deck there will be consultants, early users and clients avaialble for the new entrants, many of whom already have some involvement in the game thanks to the success they achieve, through their investments in the community fund ODX.

Three Al companies that facilitate the recruitment of workforce