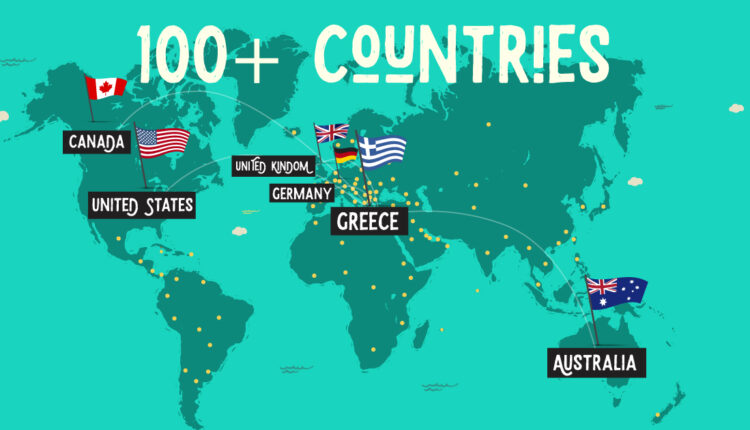 The activation of the digital platform for learning the Greek language, “staellinika” ( which means  in Greek) in the United Kingdom was inaugurated by the Deputy Minister of Foreign Affairs Andreas Katsaniotis and the General Secretary of Greeks Abroad and Public Diplomacy John Chrysoulakis.The event took place at the St Cyprian’s Greek Orthodox Primary School in London and was co-organized by the General Secretariat for Greeks Abroad and Public Diplomacy of the Ministry of Foreign Affairs and the school, in collaboration with the Archdiocese of Thyateira and Great Britain and the Embassy of Greece in the United Kingdom, as stated in a statement by the Deputy Minister of Foreign Affairs.

The official launch of the implementation of the platform was declared by the General Secretary of Greeks Abroad and Public Diplomacy, who presented the “staellinika” platform, while he underlined the commitment of the General Secretariat to the preservation and dissemination of the Greek language, which is made possible in every corner of the globe with the help of this innovative educational tool.

“Today I feel very proud to be among you, as in your face I see the countless young Greek men and Greek women abroad who keep the flame of their homeland unquenchable. You represent them worthily, participating in the effort to preserve the language, customs and morals of Greece, which you never forget”, stressed the Deputy Minister of Foreign Affairs, responsible for Greeks Abroad, Andreas Katsaniotis.

Highlighting the importance of the “staellinika” platform, he underlined that it aspires “to give the opportunity to an age group that starts from preschool age to adulthood, to reconnect with the Greek language and culture.

St Cyprian’s Primary School is the first school in the UK to collaborate with the “staellinika” platform in the context of the promotion and dissemination of the Greek language in Great Britain, while at the same time enriching the Greek curriculum. Then, as it is added, it will be disseminated to all schools that teach Greek in Great Britain.

The event was also addressed by the Archbishop of Thyateira and Great Britain Nikitas, Fotis Fotiou, Commissioner for the Presidency of the Republic of Cyprus for Humanitarian and Expatriate Issues and Ambassador Ioannis Raptakis, Ambassador of Greece to the United Kingdom.