Moptil:Travel back in time with the help of Augmented Reality

At a time that Greece is hesitantly making its first steps in tourism for 2021, after a disheartening season and with a lot of dangers still lurking, everyone-travellers and professionals-are seeking solutions which will offer unique experiences, equivalent with those provided before the pandemic.

In this environment it is indisputable that technology will “save” the situation, by offering new experiences and innovations which will change the industry for ever. Moptil,which connects tourism and culture with the most advanced technologies, has created a high quality innovation independently of the pandemic.

Moptil was founded in 2014 and has developed Virtual and Enhanced Reality Apps which focus on cultural heritage monuments, from archaeological sites to museums. Through these apps, Michael Kokkinos, the founder of Moptil, wanted to give the chance to greek and foreign travellers to get to know the monuments of the world starting from the greek ones with the help of digital virtual representations.So, by leveraging the above technologies, he offered a unique opportunity to every visitor of Greece to live “inside” some of the most popular monuments, comparing the modern picture with the authentic 3D images.

Moptil has created apps exclusively for this purpose as well as special tablets and glasses and offered them to tourists for an enhanced traveling experience. Thanks to this innovation, the company has developed rapidly and has achieved essential benchmarks within a short period. In 2015 as a member of Corallia’s incubator, it was selected to present its innovation to the French President Francois Hollande, while in 2016 Moptil was awarded the Start-Up Greece Awards for Tourism – Culture. A few years later, in 2019, Moptil cooperated with the new Acropolis Museum and developed 3D models of the Acropolis sacred rock for 16 distinct historical periods and the cooperations didn’t stop there.

The company cooperates with travel agencies and offices and gives them access to its apps and in some cases to the tablets and the glasses it has created. Today it cooperates with the biggest travel agencies in Greece and abroad – icluding TUI from which it received the award for the top supplier in 2017– and employs 20 people. Also, it has signed agreements with foreign organizations dealing with Cultural Heritage Monuments management, such as Cartagena Puerto de Culturas in Spain and with greek authorities such as the Foundation of the Hellenic World with which Moptil created a movie about the Acropolis and soon it will complete a second one about Delphi.

The company is member of the first Greek innovation cluster for digital technologies in Tourism and Culture, that is managed by Eurobank’s egg enter-go-grow and is also in Scale up’s platform that the egg also “runs”. The company has created a poweful network through these cooperations. It has also a dynamic presence in Spain and in the future it will expand in other countries and will develop its product as well.

Moptil has already launched its apps in Play Store, App Store and digi-past.com, offering the chance to more consumers, companies and offices to acquire them. At the same time, it is going towards leveraging another state-of-the-art technolgy, Artificial Intelligence, and promises to offer more potentials through its apps. Bringing together the world of AI and augmented reality, Moptil aspires to offer new, even more interactive experiences and options. As Michael Kokkinos reveals, one of these options will be the “navigation” of more people to the current destination and their participation in interactive games, even from their own homes.

Moptil is expected to provide an essential solution to the changing needs of greek tourism, adjusting not only to the after-pandemic conditions but also to the general “spirit” of the period, which demands high quality experiences wherever and whenever.

Crypto miners were the most detected malware family in H1 2021

27 September 2021
Cryptojacking is the unauthorized use of someone else’s device to mine cryptocurrency. It typically happens when a... More

27 September 2021
If a startup is characterized by vision, adaptability and resilience, then with certainty the innovation and entrepreneu... More
Prev Post Chinese companies raised $12.5B in 34 IPOs in first half of 2021, more than in the entire 2020
Next Post Huawei to invest US$100 million in Asia Pacific startup ecosystem over 3 years 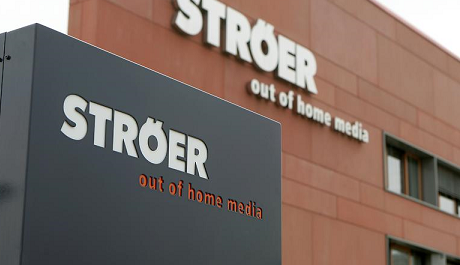