Lidl Hellas: Top Employer in Greece and Europe for the 6th consecutive year 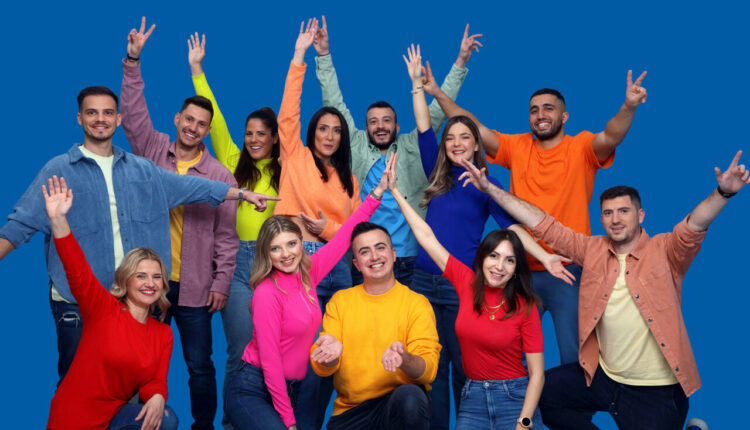 In its new campaign, on the occasion of the certification, the company honored the people who know, on a daily basis, the positive working conditions, for which the chain became a Top Employer and on the video star Kostas, a product classification employee in Thessaloniki, Chrysa, head of education and development in Athens and Vaso, shop assistant in Katerini.

The fact that the company is again the top employer is treated as something new as it continues to maintain a special significance for each employee. The award was given by the international organization Top Employers Institute that rewards high-level working conditions and practices. Lidl Hellas is one of the 17 Greek companies that won the title this year, a fact that seals the quality of its working environment and the extent that distinguishes it from the rest.

The company applies a people-centered approach, providing training programs to its employees, constantly training its workforce, giving them not only competitive salaries for the market but also prospects for advancement. Besides, it has more than 6,500 employees to whom it guarantees a working environment of inclusion and equality, in accordance with the principles of diversity and without discrimination.

In particular, within the framework of the Diversity Charter, a safe space was created for employees, preventing incidents of harassment at work and taking a clear practical position against violence, while strengthening a group and friendly way of working, and demonstrating its commitment to equal opportunities in the workplace.

As far as certification by the Top Employers Institute is concerned, it is an organization with an international presence since 1991, which has distinguished 1,857 companies in 123 countries for their positive influence on the lives of employees – so far at least 8 million employees.

The choice of the company as a top employer was made after an evaluation of the educational activities created by the company for its employees, but also of their effectiveness, while in total it invested more than 800,000 euros for this purpose, responding to their needs and adapting them to a hybrid model, supplying them with all the necessary communication tools required by the new conditions.

Similarly, a factor that played a role in the company’s top recognition as an employer was its digital transformation that facilitated teleworking, upgrading its technological systems.

In addition, the company supports the creation of quality jobs for young people, by encouraging entry-level people with minimal experience through the and Lidl UP: International Trainee and Lidl UP: Learn & Work programs, giving the latter the opportunity to young people to gain the necessary experience alongside their studies, so that when they enter the market they have already built a career in the retail sector.

The company is expected to open new jobs to expand its team both in logistics centers and in its facilities in offices and stores, in order to strengthen its position in the country’s retail market, putting safety and stability as a priority.

What CEOs are responding to ESG, digitalisation and supply chain issues

PLANET: It sets the foundation for e-mobility in Greece