G. Zontanos, Locish: “All tourism industry is moving to the mobile” 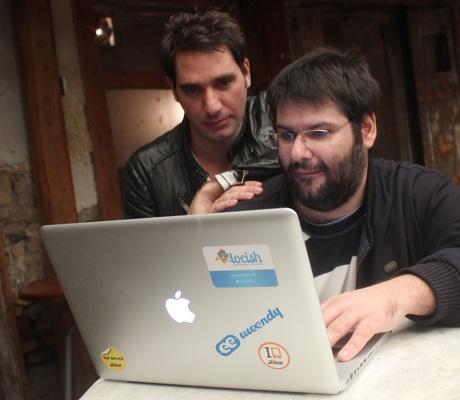 With tourism traditionally being one of the greek economy’s heaviest industries, it only makes sense that a lot of the startups that have sprung out of the last two or three years “startups movement” in Greece are enabling technology in order to shape the way people are travelling.

One of the most well-known startups coming out of that batch of travel applications having started in Greece is Locish.

Locish is a mobile travel app, where travelers get personal, real-time, location-based recommendations from Local experts. The way Locish app works is simple: Travelers post a request using their mobile device, setting their personal criteria about what they’re looking for. Locish matches the traveler with local experts who have a similar lifestyle and taste. The matched local experts recommend places in full details: address, location on map, phone numbers, even pictures.

The idea behind Locish started to being developed by Grigoris Zontanos and Alex Christodoulou in October 2012 while they were hosted in coLab, Athens’ first co-working place for tech startups. After a €60k funding that came 5 months later from Jeremie-Openfund, a greek VC firm operating under European Union’s Jeremie program, Locish have expanded its team and right now the application is available not only for Athens, but also for travelers visiting New York or San Francisco.

EMEAstartups.com contacted Grigoris Zontanos, who explains how Locish works and why the whole tourism industry is moving to mobile. We have also asked Mr. Zontanos what working with VC’s is like for a young startup and how the company feels for being based in Greece, amidst one of the most difficult times in its recent history.

EMEAstartups: What is Locish about and how did you come up with this idea?
Grigoris Zontanos: Locish is a mobile app where travelers get recommendations about restaurants, bars etc from local people, in real-time. A traveler can ask a free-text question describing the place he’s looking for, e.g. “Looking for a Jazz Bar with great cocktails and young people”. In less than 10 minutes, local people from the city, after having read the traveler’s question, suggest the best place according to their taste. Locish automatically filters all these suggestions and pushes to the traveler the best of them. If the traveler is happy with the recommendation, he tips the local with real money through his smartphone.

We came up with this idea while on a road trip from Vienna to Budapest. Even though we were equipped with gadgets and apps, we couldn’t find updated info from local people on where to go and have fun. Everything was for tourists and outdated. Being frustrated on top of a bridge, the idea stroke us: “There should be an app where we could ask local people about where to go, even if we had to pay them!”

EMEAstartups: Who are the Locish team and what is its members background?
Grigoris Zontanos: Locish founders are Grigoris Zontanos and Alexis Christodoulou, supported by a mighty first employee, Arthur Saveliev. Grigoris is the business guy of the team, with a long academic background as also real world business experience – both as an entrepreneur or employee. Alexis is the prototype machine of Locish, programming everything bottom-up, with over 10 years of experience in Web Design & Development. Arthur was a student of Alexis while Alexis was a teacher – long story 🙂 – and is now developing the Android app as also some growth hacking tools.

EMEAstartups: How much have you grown since you started and at what point are you right now?
Grigoris Zontanos: The two co-founders, we started on October 2012 without having developed anything at all, at coLab, Athens. We built a prototype and managed to have more than 1.000 users in the first month. After many changes in our product, in less than a year, we had Locish app published and running efficiently in New York, San Francisco and Athens, with more than 15.000 users.

Locish is ready to go in its next stage. We have just assembled a bigger team of 8 people, who will upgrade Locish design & functionality significantly and relaunch it in the US market in a bigger scale during the next months.

EMEAstartups: In early 2013 you received a pre-seed funding from a greek VC firm. How helpful was for Locish an external funding and how is it for you to cooperate with venture capitals?
Grigoris Zontanos: Well, since we have no other sources of income, the funding was vital for us, since it’s impossible to make something succeed if you’re not devoted 100% on that. The funding gave us the opportunity to focus on our product, iterate fast and learn fast what works and what doesn’t. With the last remaining money of the funding we managed to go to San Francisco and launch our product, meet people and move our business further.

So, if one asks about how helpful a funding is, the answer is, absolutely!

As for the cooperation with venture capitals, our experience is short. Our one and only funding came from Jeremie OpenFund II, and those guys have the real mentality needed for an early stage startup. They’re fast, flexible, open-minded, not interfering with product decisions, and that’s exactly what a startup needs in an early stage. We really enjoyed working with them.

EMEAstartups: We see technology disrupting and really changing tourism, a very old economy sector. How do you see the future of tourism (and travelling) with so many exciting technologies out there (like mobile apps, augmented reality, Google glasses etc.)?
Grigoris Zontanos: Well, travelers are mobile, and mobile industry is growing insanely fast. Combining these two facts, one can see where we’re going. We already have reports in our hands showing that all the travel industry is moving on the mobile side. Even hotel bookings start to take place last minute through smartphones. Big players like Yelp and Tripadvisor struggle to figure out how they can move their model to a mobile context. But they just cannot do it, since mobile technologies together with people connectivity bring opportunities for innovative models that old players cannot adjust to.

People – including travelers – are spoiled nowadays. They want things fast, in real-time, without having to search or read. And that’s what we’re trying to do with Locish. Fast, easy, efficient.

EMEAstartups: Travel experiences-sharing sector is a highly competitive one (only in Greece we can name at least 2 or 3 similar startups), so what makes Locish different?
Grigoris Zontanos: It’s a common mistake to consider Locish as travel experience sharing. It has nothing to do with that. What Locish does, is crowdsourcing travel information. Just information. You just ask for what you’re looking for, and there it is, in your smartphone, to use it as you want, whenever you want. No physical connection to any local guy takes place. It’s just customized information in your phone, on-demand, from people like you.

EMEAstartups: Stories about young aspiring people from Greece turning to (tech) entrepreneurship as a way out of the crisis have been a cliche the last 2 – 3 years not only for the local media, but also big, international ones. What is your own experience, how is it to run a company from Greece and what are the main obstacles/benefits?
Grigoris Zontanos: I’m really happy we’re starting to have these cliches in Greece, I hope they will substitute the old unproductive cliches we had for decades.
Running a company in Greece aiming to penetrate a global market has only one obstacle: you’re far far away from your market. You need to be as much as possible connected to the target market, and if this is US, it’s pretty hard doing it from an office in Athens. You cannot use your competitors’ solutions in order to move accordingly, you cannot see new business models taking place etc.

The biggest advantage of running a company in Greece is the smart people available at a low cost. The burn rates are far lower here, so a Greek startup can be very competitive to US startups, when trying to innovate.

If we had a choice of how to setup a startup geographically, would be to incorporate it and operate it in US, and have all the development hub in Greece.
LOCISH
Share

Mobile apps: Are they dead?