Ferto's successful first funding round, led by Plug and Play Ventures, is a vote of confidence in the platform's capabilities that connects local stores, consumers and distributors, offering instant last-mile delivery of thousands of products 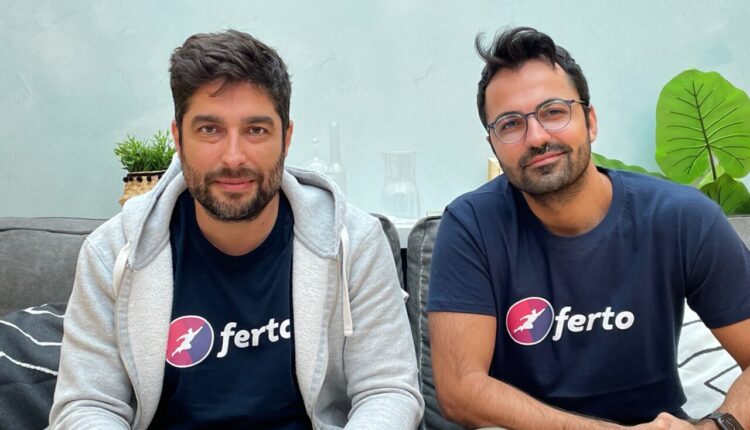 Share
Ferto announced the completion of its first funding round (Seed) by Plug and Play Ventures as well as by private investors, who are founders and executives of world-class technology companies. The funding will support the development of the platform as it increases the size of its team and expands the operations of its product.
The investment is led by Plug and Play Ventures, which has a unique network of world-class investment firms, innovation and technology. It is an American VC based in Silicon Valley, which funds either directly or through affiliated VCs, guides and networks the Startups it chooses.
From 2006 until today its programs are developed in 35 cities around the world. Every year it invests in 250 companies and in total the companies participating in the accelerator have attracted  6 billion dollars funding. Plug and Play Ventures is behind companies such as: Rappi, Dropbox, PayPal, N26, Honey, Shippo, SoundHound Inc.
Ferto delivers directly serving many categories of businesses and offers an affordable and consistent experience while also enabling stores to have exclusive distributors to serve local deliveries, without going into the process of hiring them.
The company’s goal is to spread geographically to many new areas but also to further demand services. The immediate plans are the activation of other areas, expansion in the center of Athens, and soon coverage of the whole city, expansion of store categories and collaborations with larger chain stores.
“We are excited about the funding round and our partnership with Plug and Play Ventures, as well as with private investors, who share our vision for a new platform that will support local stores. Ferto exists today to strengthen local stores. The battle for the underdog is part of who we are and what we stand for as a company.Helping businesses compete, succeed and flourish in these rapidly changing times is the key problem we are trying to solve. The funding round will support the development of the team and the creation of a product that will be part of the everyday life of the users,” said Michael Sfictos, co-founder of Ferto.
”We believe that Ferto has the opportunity to take advantage of a huge market that is growing more and more. We share the ambitious, technologically oriented vision of Ekin, Michael and Alex and are excited to welcome Ferto to the Plug and Play family!” stated Marc Steiner, General Counsel at Plug and Play Ventures.
The next funding round that will support Ferto’s growth is expected to be completed in the summer of 2022 with the participation of Plug and Play and other VCs.
Ferto was launched in January 2021. Taking into account the unexpected conditions, the challenges, but also the difficulties of the pandemic, the three co-founders of the company, Michael Sfictos, Alexandros Theodoridis and Ekin Burak Ozturk, created a platform that facilitates the order of everyday necessities and their distribution in a few minutes.
The most important factor for Ferto was and still is, the philosophy of “I shop from my neighborhood“. Local stores are unable to be represented by the various food platforms and offer immediate delivery, thus creating a non-performing need in the market. On this occasion Ferto has enabled consumers to buy from stores they love and trust.
The founders of the company, Michael Sfictos, Alexandros Theodoridis and Ekin Burak Ozturk, having a background in areas such as software design and development but also in the field of technology, decided to collaborate and create Ferto.
A former co-founder of TaxiBeat, Michael Sfictos has twenty years of experience in software design and development and has worked in the past as a Product Designer and Product manager.In 2019 he takes over the software management at Blueground where he met Ekin Burak Ozturk. A BSc in Software engineering and an MSc at the University of NYU in Technology Management, Ekin decided to get involved in Software Product Management. He worked at Standard & Poor’s as an analyst and returned to Istanbul continuing his career as a Product owner at Qatar National Bank, taking over the mobile app (EMEA region). At the same time, during the MSc, he meets Alexandros Theodoridis, the third founder of Ferto.
Alexandros, joining the Olayan Group as a staff tech lead immediately after his studies, is also the man who is behind Ferto’s software, now having 20 years of experience.
The three founders have attempted several times in the past in different projects with different teams and this time they decide to work together and implement together an idea, Ferto.
FUNDINGLast-mile deliveryPlug and Play Ventures
Share

V. Psaltis: In 2022 the changes for Alpha Bank of the Future