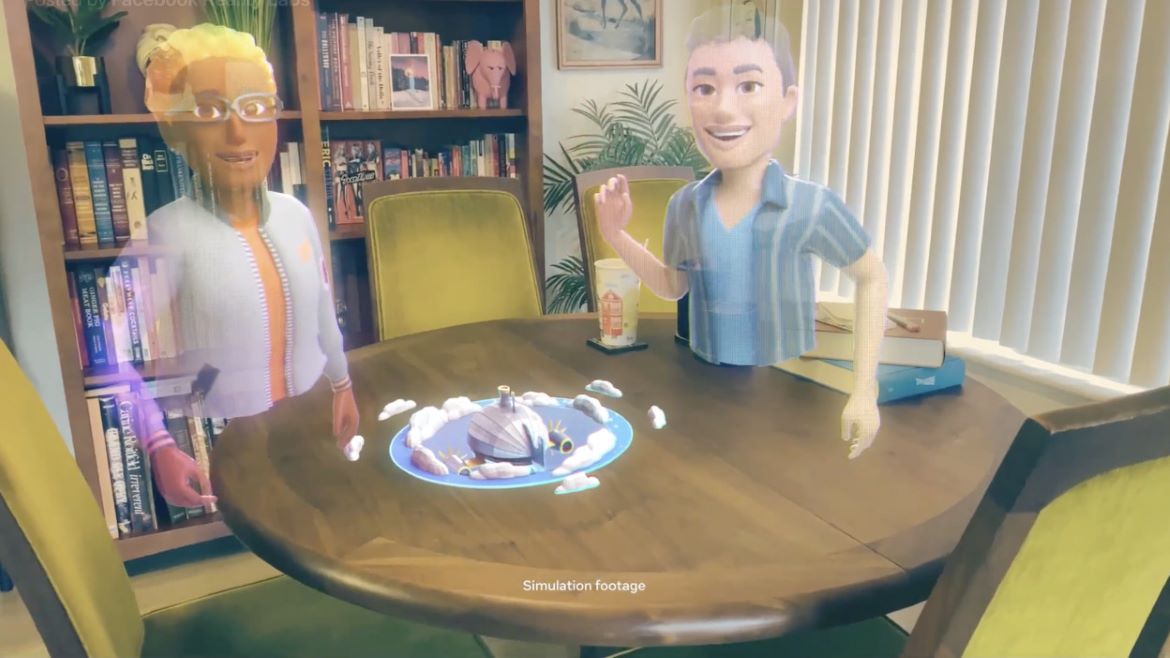 Mark Zuckerberg had an admittedly difficult task, he had to leave behind the burden under the name Facebook and transmit to us his vision for a new digital world, Metaverse, where a large part of our daily lives, personal, professional and of course business, will be transferred.

How this is going to be done? In the first phase with sophisticated VR helmets of mixed reality and later, (unfortunately much later) with glasses – AR computers.

The decision to change the company’s name was pre-decided by Zuckerberg, and it was imperative, since linking the name of an extremely popular, but controversial social network, with the parent company was not a wise decision from the outset. The new parent company is now called Meta, with the well-known like icon on the sign outside Facebook headquarters giving way to an inverted ring overnight.

Meta is essentially divided into two large distinct pieces, the one that will deal with applications (Facebook, Instagram, Whatsapp, Messenger) and Reality Labs (with Occulus and the current Facebook Reality Labs) with the latter taking all the burden of developing the new virtual and augmented reality solutions in software and hardware. The change was also made internally since as a corporate entity the financial results will now concern these two departments separately.

To clarify things even more, today’s Facebook, Instagram, Whatsapp and Messenger apps don’t change their name but are expected to accept upgrades and AR features mainly. Occulus will also change name (Meta for Hardware) and wherever there is the word Facebook in everything that has to do with the VR will be replaced with Meta.

The future of AR and VR is impressive

In any case, in the impressive live presentation as a tv production, Mark “made it clear” that Facebook a social network (and not a media) and showed us some really impressive things from the workshops of Reality Labs. As far as our digital presence in Metaverse is concerned, the work that has been done with our performance as an avatar is excellent: from the difficult realization of the functions of our hands in the digital world to the photorealistic avatars. Especially the next version of the VR helmet with the code name cambria beyond the automatic avatar creation according to our appearance will simulate the space around us digitally and photorealistically in a mixed-digital reality.

Of course all the “tech nerds” were waiting for Mark’s reference to AR glasses since these are the ones that will bring the real revolution and the Metaverse almost completely in our daily lives. Unfortunately, however, Project Nazare, as it is its code name, is a few years away, as it was said, since technology does not yet allow five millimeters of thickness to implement a sophisticated computer that communicates with all wireless networks, projects photorealistic graphics on lenses and the battery lasts a few days.

In any case, the Metaverse has already begun to be implemented since Horizons Worlds that is offered along with each Occulus helmet is in operation while new features are expected in early November such as Messenger VR, Fit VR etc. With the presentation of the Presence Platform will be given the opportunity to everyone and especially to the content creators, to merchants and companies to create their own rooms, villages, towns or even worlds for entertainment, sales and work.

Meta will spend huge sums of money every year on the development of Metaverse and now has the “upper hand” in the VR/AR race with Apple being the only company that can do something . Apple is developing its own AR glasses and it will definitely be a race with Meta for the first place, but if by then Meta has managed to become synonymous with metaverse (and has a good chance to do so if it takes out e.g. helmet with 99 euros or Cambria with 299 euros) the game will be finished for Apple since in fact Meta will have become the Internet of Metaverse.