Elevate Greece: The award winners at the 85th TIF 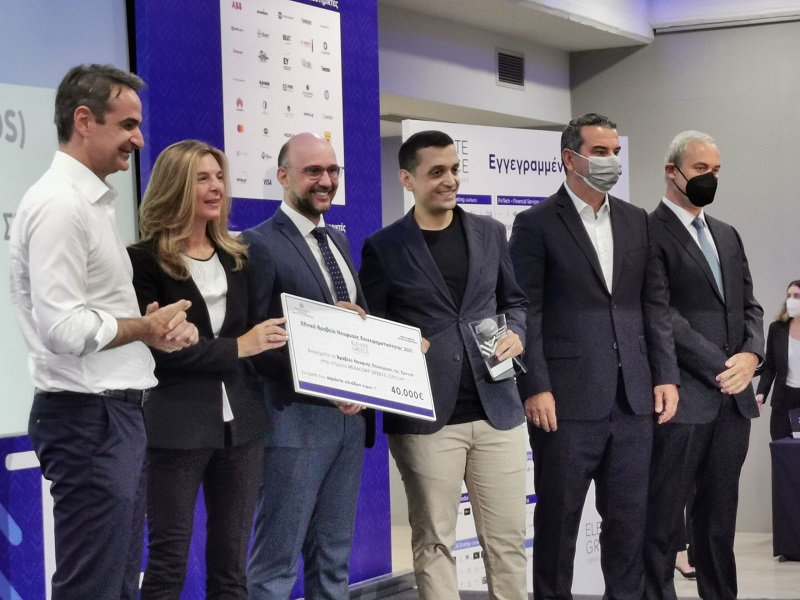 The first Elevate Greece awards were given on Saturday at a big event during the 85th Thessaloniki International Fair.The prime minister Kyriakos Mitsotakis gave the first award.

The total amounts of the awards were more than 250,000 euros while the companies gained important provisions from the supporters of the awards.

Orfium won the first award for the startup of the year and the 40,000 euros from the EY, Cosmote, EASE and MITEF.Orfium has developed a music rights management system.

Hack The Box won the third award for the faster emerging startup and 22,000 euros from PwC, Alpha Bank, Nokia and Lancom. Hack The Box has developed a cyber security training platform.

Gnosis (JadBio) won the fourth award for the spin-off of the year and 20,000 euros from Eurobank, PRAXI Network, Intel-Lex and Accenture.The company has developed an advanced biodata analysis system.

METIS Cyberspace Technology won the seventh award for business development and extroversion  and 20,000 euros from THE National Bank of Greece, ΕΤΒΑ, ANSYS and the Hellenic-American Chamber.The company has developed a ship management system.

Maria Syrengela and Nannuka won the eighth award for women entrepreneurship and 25,000 euros from Mastercard, Piraeus Bank, Bayer and Google IGC Women Hellas.Nannuka has developed a platform that helps parents find assistants and tutors for their child and for amily care in general.

Owiwi won the ninth award for the start-up from the ecosystem/Best Ecosystem choice and 17,000 euros from Kemel, Salesforce, Demium, Endeavor and Kariera.Owiwi has developed a gamified psychometric test for better hires.

Gizelis Robotics won the tenth award for the Start-up hero, solving challenges from the Covid-19 health crisis and 30,000 euros from AstraZeneca, ELPEN, TUV Nord and Athens Chamber of Commerce and Industry.The company has developed an air purifier robot.

Finally, special awards were given to school and college students that distinguished on paneuropean level at Junior Achievement Awards Swim.me και FlowOn.

Docandu: The only greek startup recommended by the World Health Organization about Covid-19

Healthcare Accelerator: Innovation in the Health System with Bayer’s signature

Loyalty Awards: Lidl stood out for its innovation and effectiveness