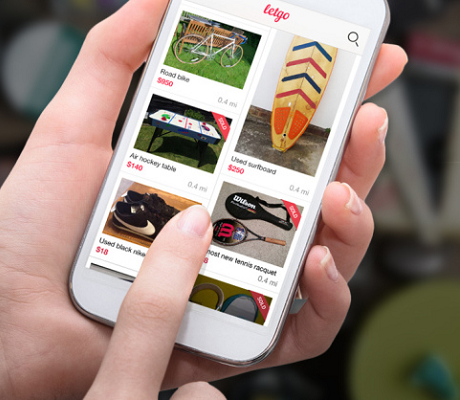 Letgo, an easy to use and highly visual mobile app for buying and selling items locally received $100 million from Naspers Limited, one of the most successful Internet and media companies in the world, in a Series A funding. Letgo, which is available on iOS and Android devices in the US and worldwide, is a fast-growing, hyperlocal marketplace optimized specifically for mobile use.

The app offers features like instant chat and geolocation-based search, allowing users to connect instantly and for free, without the hassles and delays of email. To date, letgo has surpassed 2 million downloads, with users posting more than 500,000 listings and exchanging almost 3 million messages, resulting in a total gross merchandise value of over $25 million. Already ranked in the top 10 free shopping apps in the Google Play store in the United States, Sweden, Turkey, New Zealand, Norway, Italy and Spain, the company plans to launch an aggressive marketing campaign focused on U.S. consumers in the coming months.

“Our platform makes buying and selling household items faster and more intuitive than ever before. This technology, along with Naspers’ significant investment and support, our aggressive plan to grow the platform, and our shared experience building successful companies in this sector, will allow us to capitalize on an area of ecommerce that is poised for explosive growth”, mentioned Alec Oxenford, letgo founder. On his part, Martin Scheepbouwer, CEO of Naspers Classifieds stated: “Alec has distinguished himself as an expert with an extraordinary track record in mobile e-commerce. We have seen firsthand Alec’s ability to execute on his vision as we worked together to build OLX into the global force it is today. In letgo, Alec has built a platform that is perfectly tailored to the American consumer, and we’re excited to help his team take it to the next level”.

The 2nd StartSmart Greece in October