Delivery Hero: The story behind the rise of the world leader in food delivery

The story of Delivery Hero begins in May 2011, when Niklas Bergstberg, Kolja Hebenstreit, Markus Fuhrmann and Lukasz Gadowski started the Startup with the aim of not only disrupt the German food delivery market but change the data on the global food delivery industry. 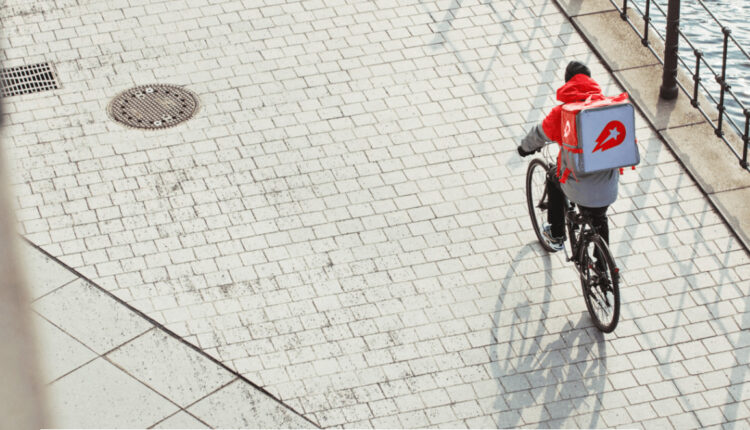 A holistic and automated delivery experience focused on consumers. This is the cornerstone of the strategy of Delivery Hero, the German group which, a decade after its inception as a small Startup based in Berlin, is one of the leading “players” in the global food delivery market, with a presence in more from 50 countries internationally and revenues more than 1 billion euros.

The unprecedented success of Delivery Hero is due to, among other things, three key elements. The company’s vision for a fully automated ordering process centered on new technologies such as the cloud, the creation of a completely uninterrupted user experience and ambitious investment activity, with a horizon far beyond the German border.

These three pillars have been an integral part of Delivery Hero’s strategy from the beginning, proving that the success of a company in the long run depends, to a large extent, on its long-term planning and degree of commitment.

Under the guidance of the CEO Niklas Bergstberg and Fabian Siegel, Delivery Hero showed strong momentum from its very first steps, catching the attention of investors everywhere. In November 2011, the company raised its first financing, raising the amount of 4 million euros, while in the same year it “entered” the markets of Australia and the United Kingdom. The 4 million euros financing was followed by a large number of financing, highlighted by a total investment of 500 million euros by Rocket Internet for 30% of the German group in December 2014. A few months earlier, the Delivery Hero had raised 350 million euros, the largest amount raised by a European Startup since 2009. In May 2017, Naspers, one of the largest investors in technology companies, invested 387 million euros in Delivery Hero and to this day remains the largest shareholder of the German group. These are just some of Delivery Hero’s financings over the past decade, during which it participated in several more rounds, gaining increasing investor confidence, while also giving feedback on its plan for a fast and at the same time enjoyable delivery experience.

In addition to the technologically innovative platform and access to large funds, the “success story” of Delivery Hero is based on the continuous investment moves made by the German group. Since 2011, Delivery Hero has made almost 30 acquisitions, gaining a strong foothold in the markets of Europe, Asia, Latin America and the Middle East. Hungryhouse (UK), pizza.de (Germany), Talabat (Middle East / North Africa), foodpanda (Asia) Yemeksepeti (Turkey) and most recently Glovo (Spain), are just some of Delivery Hero acquisitions, with which it is expanding rapidly to new areas, making the most of the capital raised.

The German group has a strong presence in Greece, having proceeded with the acquisition of deliveras.gr in 2018, and efood three years earlier. In fact, through the agreement with the German group, efood became a leader in the domestic food delivery market. It is worth noting that Delivery Hero is behind the acquisition of a landmark of Greek interests, InstaShop, amounting to 360 million dollars, one of the largest deals in the wider Greek ecosystem of Startups.

The strategy of Delivery Hero during the last decade was, as the numbers show, an absolute success. Indicatively, revenues from 42 million euros in 2013 skyrocketed in 2019 to 1.2 billion euros, while from a small Startup Delivery Hero has grown into a large group, employing thousands of employees and serving hundreds of millions of orders annually. In the third quarter of 2021 only, Delivery Hero’s corporate platforms handled a total of 791 million orders, grown up to 52% ​​year-on-year.

Delivery Hero, apart from being a big “player” in the European food delivery market, is one of the most powerful companies in Germany, which, among other things, is also active in the quick commerce sector. In 2014, it was among the three fastest growing German Startups, and three years later it was listed on the Frankfurt Stock Exchange. For almost two years, Delivery Hero was the largest listed European technology company in the German money market. In 2020, Delivery Hero entered the DAX index, which is officially one of the biggest names in modern German business.

Despite the fact that in recent years it has been called to face significant challenges, both due to the pandemic and due to the escalating “battle” in Germany for the throne of food delivery, Delivery Hero in 2021 recorded strong financial performance and remained a very active investor. The acquisition of a majority stake in Spain’s Glovo was announced last week, following a mammoth deal to buy South Korean Woowa Brothers for 4 billion dollars. Although the food delivery market is prone to rapid changes, it is certain that the name of Delivery Hero will attract our attention to a great extent in the new year.

Digital transformation in Greece in 2022

2021: Record year for the Greek e-commerce