British American Tobacco, one of the largest groups worldwide, is strengthening its investments in the greek economy based on technology and innovation, in the context of the Group’s goal to create a Better Tomorrow.

The choice of Greece as a strategic market for investments in products with potentially reduced risk is confirmed with the entry of the vaping product Vuse ePod 2, bringing to the greek market an innovative device that is available in retail outlets throughout Greece, contributing to their support through technology.

Today Vuse holds the first place in the world in the category of vaping in terms of value share (based on the total value of retail sales in the vaping category in the U.S.A., Canada, France, Britain and Germany, covering approximately 77% of the net turnover of the international market for closed-type vaping products).

BAT is leading the vaping market, aiming to transform it to strengthen the Group’s presence in the New Product Categories worldwide.

In Greece, in fact, Vuse ePen 3 was named “Product of the Year 2021”, while recently Vuse became the first brand of BAT with carbon neutral in the world, following the company’s commitment to operate responsibly, reducing its environmental footprint. Vuse also has millions of consumers worldwide and a presence in over 35 countries.

At the same time, the company, due to the significant demand for its products, is expanding, along with the development in kiosks and mini-markets, in new sales channels for the tobacco heating product glo and the vaping product Vuse, contributing to the support of thousands of employees in the retail trade. The company has already entered into cooperation agreements with more than 200 new stores with alternative to smoking products throughout Greece.”

BAT continues its dynamic presence in the Greek market with the Vuse ePod 2, offering adult smokers another alternative with a potentially reduced risk.

At the same time, the company continues its constant support to traditional retail, kiosks and mini markets throughout Greece and at the same time expands to new points of sale, dynamically strengthening the effort to recover commercial activity and economy that has been so affected by the pandemic.”, said the President and CEO of British American Tobacco Hellas, Vitalii Kochenko.

The Vuse ePod 2 is a device with quiet vaping technology. A feature of the new Vuse ePod is fast charging – in 35 minutes at 80% charging – and has magnetic capsules for full application. The new device is also available in two metallic colors and has sophisticated water resistance.

BAT invests significantly in the research and development of alternative to smoking products and is at the forefront of how to develop products with a potentially reduced risk. The VAPING products of the BAT Group already play an important role in the effort to provide alternatives with a potentially reduced risk to human health according to scientific studies in relation to cigarettes for those who stop smoking completely.

The company has chosen Greece for a major investment plan based on the high technology of the glo tobacco heating product and the vaping product Vuse. It belongs to British American Tobacco plc, an international Group that has been operating since 1902, employs more than 53,000 people and operates in more than 180 markets. It should be noted that Greece has been selected as a regional center for Israel, Cyprus and Malta as well. 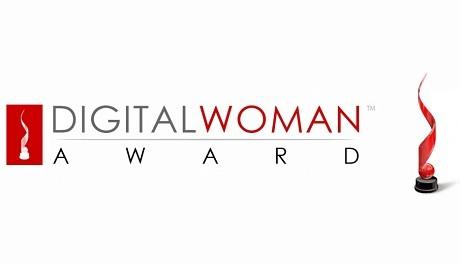 Good startups from Greece and the island of Crete