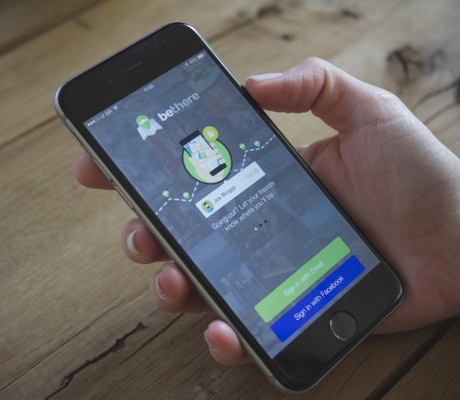 Bethere is a mobile app that enables users to share their future activities on social networks. Rather than sharing images and updates from what they’ve just done, Bethere lets users quickly share their planned future activities – going to a bar, the cinema, a pub and so on – on networks such as Facebook.

Friends of the user are then able to see what they’re planning to do, in a non-intrusive way – great for setting up spontaneous nights out or making last-minute decisions for what you’re going to do tonight.

Having launched a prototype version of the app in January 2014 for fun, the company was founded in August 2014 and has enjoyed significant growth ever since with 25,000+ registered users and a 23% growth of active users every week.

Bethere is now also developing a version for local businesses to help UK SMEs monetise their social following. Businesses will be able to claim their venues through a Facebook Page Authentication, take control of their venue page within the app and take advantage of a features such as direct reservations, advanced orders and loyalty incentives for customers.

The app has just launched in London and with $200,000 funding in the bank, Bethere is setting its sights on more cities around the world while getting ready for its first investment round.

Why Internet Startups Are Failing To Impress People