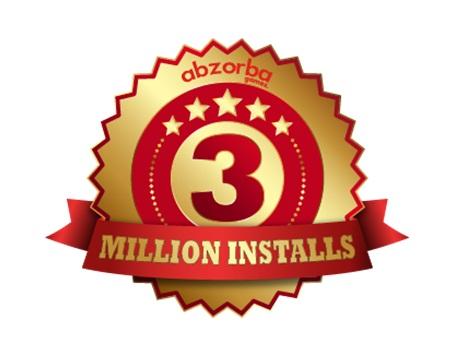 It wasn’t long ago since the time we presented AbZorba Games, a startup developing social casino mobile games, that ‘jumped’ from 1 to 2 million downloads in just 10 months. Now the Greece-based/London-headquartered company did it again and before 2013 end reached 3 million downloads, in three months only.

According to AbZorba Games’ press release, the company has been exponentially growing its user base over the last 12 months and hit the 3 million landmark in late December, helped by its world-leading Multiplayer Live Blackjack21 on Android app, which totalled more than 1.3m installs.

AbZorba Games’ growth was boosted by a recent partnership with messaging app Tango, that opened access to Tango’s 138 million user base and was highlighted with Blackjack Live for Tango hitting the top spot for casino games in the iOS App Store USA back in August.

“Partnerships with companies like Tango have proved a winning strategy as we leverage our leading B2C content with exceptional brands – in 2014 we seek the next Tango”, is Andrew Hughes, CEO, quoted saying in AbZorba Games’ press release.

Renato Iwersen, VP Partnerships at Tango.me adds that “AbZorba is our model partner with 3 very successful games on our platform reaching the coveted #1 and #4 in iTunes Casino Games together”.

But AbZorba Games doesn’t seem willing to slow up in 2014, since it’s already beating January targets, while it counts more than 500k monthly active users (MAU) from all over the world.

Latest AbZorba Games’ milestone has been well-received by mobile gaming and social casino press with publications describing the company’s new landmark as impressive, and the sector as one to watch as a lot more social casino companies are already generating investors’ interest.

Neelie Kroes: “How Fascinating Greek Startup Scene Has Grown to Be”