$6M in funding for Vouch 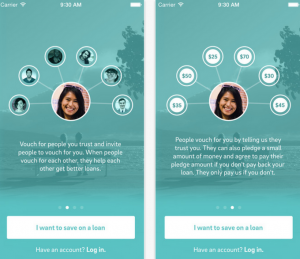 he amount of 6 million dollars was raised by Vouch, a so-called “social network for credit” in a Series A funding. The new funding will be used from the company to further grow its business. Vouch’s differentiating factor is that it leverages a person’s social connections in order to determine his credit-worthiness. Additionally, these connections can choose to “vouch” for a loan recipient, even agreeing to pay back a portion of the debt if the borrower defaults! A series of companies participated at the funding process, among them First Round Capital, Greylock, IDG Ventures, AngelList, Core Innovation Capital, Data Collective, Stanford StartX Fund and Cooley LLP. Until today, Vouch has raised 9,6 million dollars in funding.