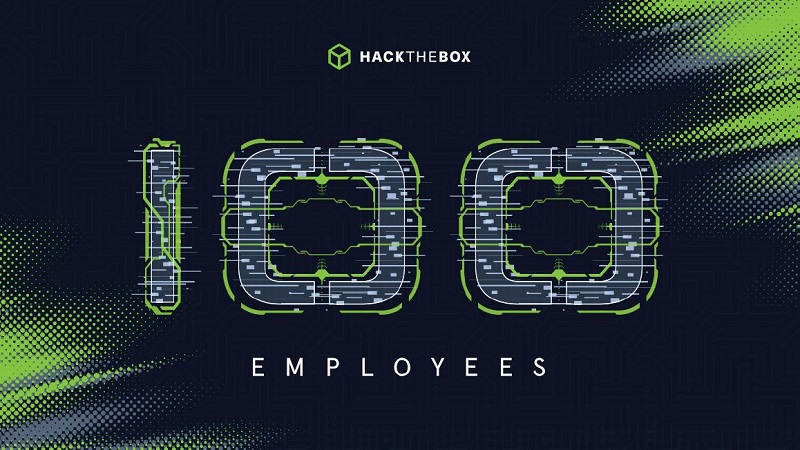 Surveys that have been conducted within the last few years regardingeducation forms in the future, describe a model that will include even more technology, bigger trainers and trainees interaction and “ practical knowlegde”.Training is gradually changing the world and even if it ends up to be performed without physical presence- as it happened during the lockdown- it will include more “practice” than “theory”.

Hack The Box, which falls into this last category, does not only train top businesses’ staff on cybersecurity, but it performs it through the most contemporary means.Hack The Box is a greek startup, that was founded in 2017 with this exact vision: to make cybersecurity training more accessible.Today, the company of Haris Pylarinos, Aris Zikopoulos and James Hooker has realized this vision and is constantly breaking new records.

Briefly, Hack The Box has created the biggest training community in the field globally, with more than 650 members, including both people that are starting now and expert pentesters and security professionals.The company has raised three funding rounds of 14,5 milliom dollars totally. The last round was completed last April and included big international VCs, such as Paladin Capital Group, Osage University Partners and Brighteye Ventures.

Also, it has 100 employees all over the world and although it gives them total freedom to choose where they want to work, it has recently invested in new offices that will host its ever-increasing team in the future.All these while it doesn’t stop innovating, by discovering new ways to train its members, setting new targets and overcoming every challenge.

During the pandemic in 2020, Hack The Box launched Hack The Box Academy, a “university for Hackers”, for those who would like to gain spherical knowledge and practical training in the field. It also hosted HTB Global UNI CTF 2020, a global Hacking Event for universities, the Hacking Battlegrounds Live Streamed Tournamen, where some of the best hackers in the world participated and competed, as well as many more events.

The most recent is Business CTF (Capture The Flag) event, that the company hosted from 23rd until 25th of July. Capture The Flag is a “game”, a competition, where a lot of hackers participate individually or in teams, “chasing” flags, that is hidden lines, codes or other “suspicious” data in  software or the net.The first business CTF of Hack The Box lasted 54 hours and gathered many difeerent teams that competed in order to find the most flags.

More specifically, there were 1619 players and 374 corporate teams!These teams came from businesses and industries of different sizes , while during the event they improved their cybersecurity skills, “fortifying” this way the companies they have been working for.The teams that excelled were Xormatic, Synacktiv, StandardNerds (from StandardChartered), INGBank and 0xCD00 (from Orange Cyberdefense).

The winners received 20,000 pounds awards, that included among others, free participation in Hack The Box’s training programs.As Harald Andreasen, founder of Xormatic and “leader” of the team in CTF, stated after winning first place, the awards were the “least important” thing for the teams.The top experience that Hack The Box ensured and the things that the teams learned had the biggest significance and prove, we will note, the value of the new training model.

As he stated, “ HTB Business CTF 2021” was brilliant.We all had fun and learned a lot.I would definitely recommend the event to other cyber-teams.HTB offered a top experience that you cannot find anywhere else.Without a doubt I will participate next year as well”.

Ioanna Koukli: “Hbio Cluster’s goal is the development of businesses in Life Sciences and relevant fields in Greece”