The real losses caused by the absence of women in technology

According to a recent McKinsey survey, 13 trillion dollars will be added to the global economy if women were employed in digital fields and jobs, at the same rate as men are hired 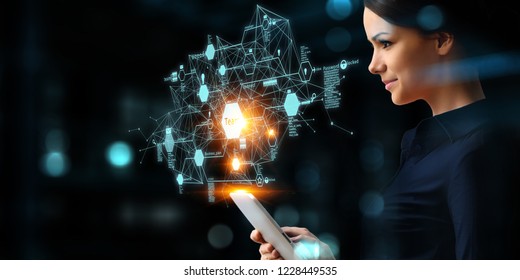 The representative development of the technology sector in Thessaloniki and Greece over the last year and a half, as well as the lag that is still recorded in terms of the participation of Greek women in jobs and leadership in the sector, was mentioned by the U.S. Consul General Elizabeth Lee, speaking from the podium of the event “CDI Tech Career Days“, organized by Pfizer, with the aim of recruiting another 18 highly qualified people to the Center for Digital Innovation (CDI Thessaloniki).

“In this year and a half that I have been in Greece, I have had the privilege of witnessing the development of the technology sector not only in the country as a whole, but especially here in Thessaloniki.Unfortunately, however, the participation of women in the technology sector is still lagging behind”, she noted and cited older statistics, which she described as disappointing: “Until two years ago, only 4% of women in Greece participated in STEM fields (Science, Technology, Engineering and Mathematics), compared to 20% for men. This is not just a matter of inequality. I consider that one of the most important arguments in favour of increasing the participation of women (in the field of STEM) is financial. Not only for Greece, but also worldwide.

According to a recent McKinsey survey, 13 trillion dollars would be added to the global economy if women were hired in digital fields and jobs, at the same rate as men are hired.It is not only businesses, not only the Greek economy, that loses from this, but also the global economy, which lacks the creativity, knowledge and specialization of women. We need more women in technology and in leadership positions,” she added.

The criticality of mentoring

According to the American diplomat, a crucial factor in improving diversity in the labor market is mentorship: “Several years ago, Frank Dobbin, a professor at Harvard University, and Alexandra Kalev, a professor at Tel Aviv University, conducted data-driven research on how American businesses could increase diversity in their ranks and ended up in mentorship (as a key tool),” noted Elizabeth Lee.

She added that in large U.S. private companies, such as General Electric and Xerox, early-stage mentoring proved to be a key factor for “rising stars” (among employees).However, she added, processes also count, and in some companies leaders and managers often pick (to guide) people with very similar characteristics to themselves, so that the executive pumping pool for the top leadership level is very homogeneous.

Various surveys, she said, showed that this trend was partly due to the fact that many executives did not feel comfortable addressing informally (for mentoring) young people, while they were willing to provide guidance to the proteges assigned to them. That’s why, the American diplomat added, the companies’ official mentoring programs can make a huge difference. On average, she added, mentoring programs in the U.S. have boosted the relative participation of black, Hispanic and Asian-american women and men, increasing it by 9%-24%.

“It is not so much what we will gain if we have more women in technology positions (which matter more), as what we will lose if we do not have them”, said Stella Kasdagli, author and co-founder of the “Women on Top” network.Substantiating this estimate, she pointed out that according to a McKinsey survey, about 40 to 160 million women may need to change jobs by 2030. “Where will all these women go if there is no re-skilling?” she asked.

She added that the challenges faced by women in the workplace vary, depending on factors such as their age, stage of life or career stage and vary, from the inability to find a meaningful job to sexual harassment and the balancing of work life and family life. We need to make the connection between technology and sustainable and meaningful change around us very visible. We know from data-based research that girls and women are particularly interested in creating this change”, she stressed.

Professor Athina Vakali spoke about the minimal participation of women in the faculty members of the Department of Informatics of the Aristotle University of Thessaloniki, where she teaches, pointing out that of the faculty members, only two are women and the remaining 28 are men. Mrs. Vakali also pointed out that it is very important for industry to approach universities, in order to highlight the development prospects that exist in the market and to encourage more women to enter technology professions.

Maria Giatzoglou, a senior Data Scientist at CDI, described her personal experience as a female professional and scientist in the technology field at the event, pointing out that, during her career in various jobs in the past, she had several opportunities to learn and do different things and gain experiences that allowed her to gain self-confidence, she experienced recognition and respect for her work, but she had to work very hard to prove who she is.

“It is true that there is a lot of social pressure that it is women who have to fight harder to strike a balance between work and family.And I met a lot of talented girls who studied to become engineers or data scientists and eventually ended up in non-tech jobs or positions less competitive and demanding. I also met women who work in various levels of toxic environments and feel that they are not appreciated enough.And I have heard “carefree” comments with prejudice (against women), to which I did not respond, even though they were not addressed personally to me, something that I promised myself that I would not do again. If you are not confident, build it and ask yourself why you don’t have it. Women should not feel constrained because of our gender,” she said and underlined the value of mentoring.

SupPlant raised 27 million dollars for an Internet of Trees solution

SWISS to auction off Economy Class seats for a good cause