Yoyo, a mobile payment app and marketing engine based in London, has picked up two out of three awards at [email protected], an initiative run by The Duke Of York in support of early-stage entrepreneurship. The platform took gold in the “Best Pitch” and “Most Disruptive Idea” categories, and silver for the project with “The Most Commercial Potential”.

Held at St. James Palace, the event provided a forum for 12 selected startups to pitch their business in front of His Royal Highness the Duke of York, as well as Princess Beatrice and Princess Eugenie and Jonathan Ross. The evening was also attended by over 200 entrepreneurs and business leaders.

Founded in 2013 by Alain Falys (founder of OB10, ex Visa), Dave Nicholson (Founder of Zopa, ex Egg) and Michael Rolph (ex PayPal, Barclayscard and First Data), Yoyo is already being used by one of the world’s top universities, where it has grown its user base to more than 4,000 people in just eight weeks. The platform is already out-performing contactless cards across the campus, and will be rolled out at a further four major universities and at high street retailers’ over the next two months.

Having entered the [email protected] initiative as a part of Firestartr.co accelerator, Yoyo, alongside the other 36 successful startups, attended a startup bootcamp at Google Campus last week, working on the pitch and getting advice from the most prominent industry experts.

23 September 2021
Cyclopt, a spin-off of the Aristotle University of Thessaloniki, is addressed to every company that develops software an... More

23 September 2021
The Greek company continues, after its acquisition by the American Applied Materials, to grow and innovate bringing a &#... More

23 September 2021
Having created more than 400 acoustic tours of attractions and museums as well as city walks in over 15 countries, Clio ... More

23 September 2021
In Greece, a number of startups stand out that have received top fundings and have grown rapidly, contributing to the ec... More

DNA Sequence: Innovative solutions in the field of biotechnology 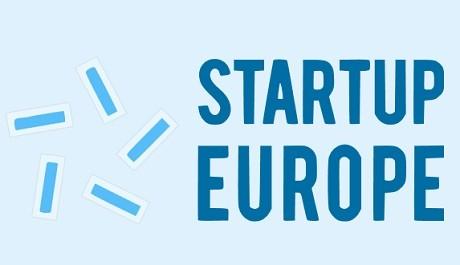