TIER: Funding of 172 million euros from Softbank and new investors 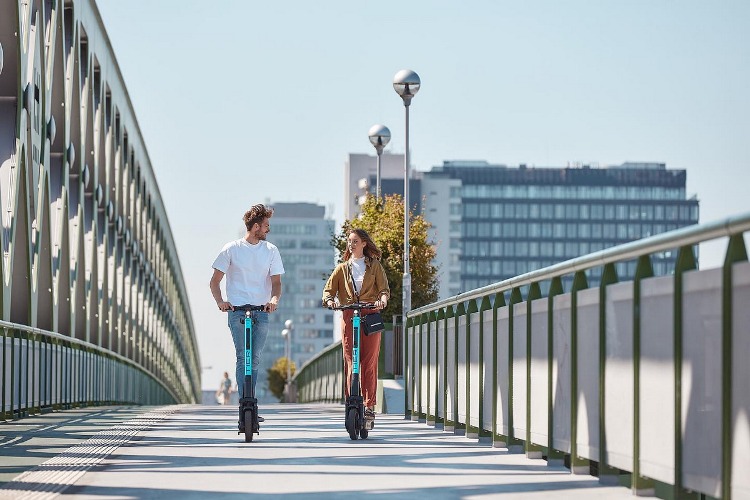 TIER recently announced the first close of the 172 million euros D series funding round, consolidating its position as the micro-mobility company with the best financial support in Europe.

Specifically, as part of the broader share and loan capital increase, SoftBank, Mubadala Capital and new investors such as M&G Investments, a green impact fund, led the financing round.

The funding provides TIER with additional resources to fulfil its mission of “Change Mobility For Good” in conjunction with the goal of providing a safer, fairer and more sustainable mobility solution in the market.

Since its launch in 2018, TIER has established itself as a leader in the European market. To date, the german startup has developed 135,000 e-scooters, e-bikes and e-mopeds in 150 cities in 16 countries.

TIER also plans to use these new funds for acquisitions and strategic investments, while expanding its international coverage to growing markets.

The startup will further invest in expanding its fleet across Europe and the Middle East, continuing the development of the innovative TIER Energy Network, a network of battery charging stations based in local businesses.

This funding also reinforces the scaling up of the company’s presence in the market globally and the pursuit of investment in vehicles. The aim is to turn TIER into a European lever of micro-mobility.

Lawrence Leuschner, CEO and co-founder of TIER Mobility, stated that the company can have a very good relationship with Greece, since the funding provides TIER with additional resources to fulfill the mission to change mobility for a good cause.

The registration of more than 80 million people is not enough and the replacement of more than 13 million. car journeys in such a short period of time prove beyond doubt that cities around the world desperately want to make their transport networks safer and move towards a zero-emission future.

With the introduction of electric bicycles in several European countries, TIER is expanding its growing range of options, making it the first European micro-mobility provider to offer users three different types of vehicles in one application.

It should be noted that the funding comes after a generally significant year for TIER, which recently entered the 16th country, significantly expanding its presence throughout Europe and the Middle East, to new cities such as Al Manama in Bahrain, Budapest and London.

The company had even won the tender for the management of the first e-scooter system in the capital and now with a valuation of 2 billion dollars, has so far raised a total of  660 million dollars.

World Internet Day 2021: The most useful tool of our times