The agrotech Better Origin works with Morrisons for less soybeans 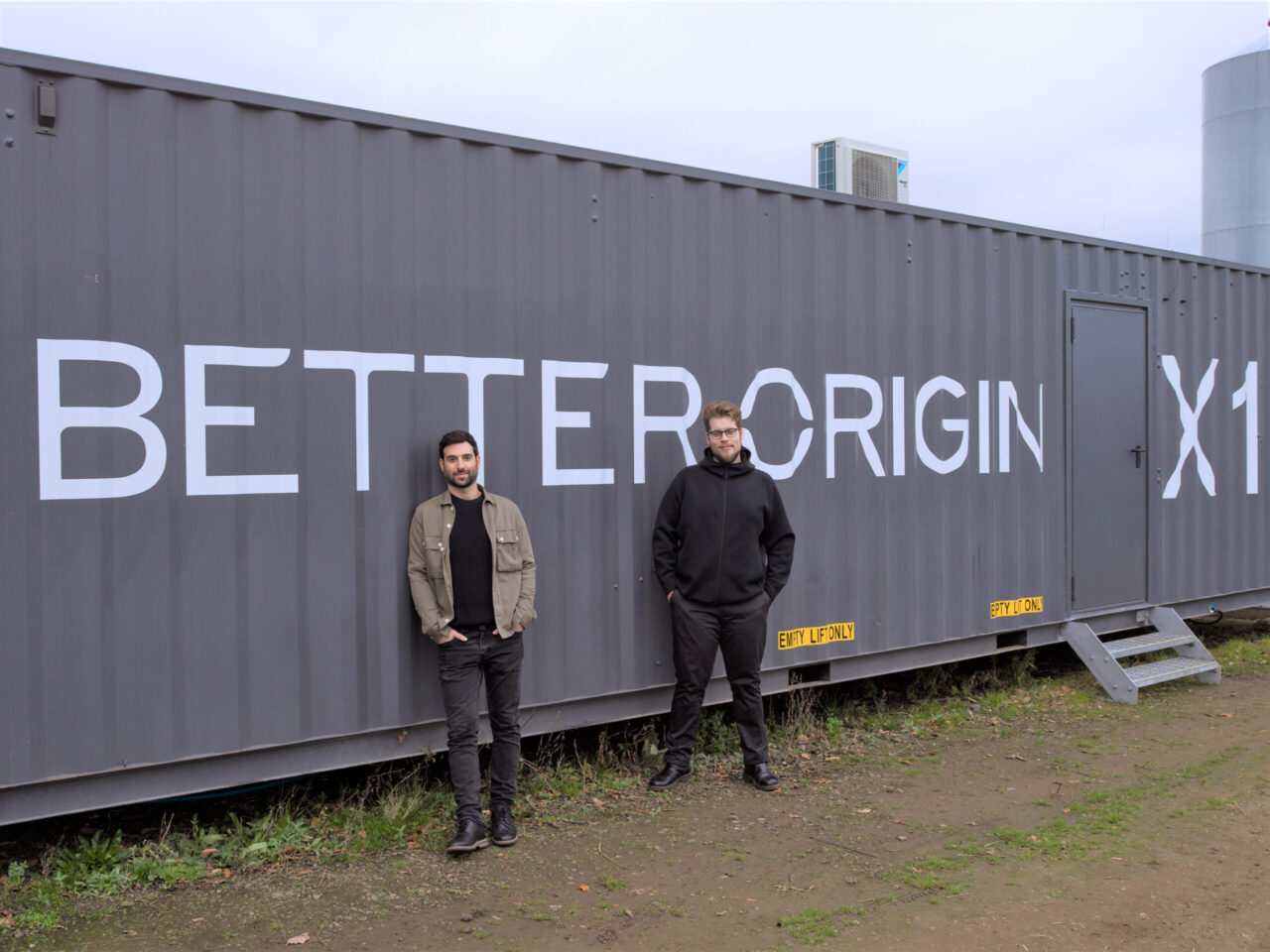 The agrotech startup Better Origin will supply 10 “mini farms” of insects to the free-range egg production estates of the British supermarket chain Morrisons in order to reduce the use of soybeans.

The agreement is an important step in implementing Morrisons’ commitment to achieve its Net Zero (zero carbon) goals and become the first supermarket to present carbon-neutral eggs.

Better Origin’s X1 insect farms are made in remanufactured ship boxes and recycle supermarket food waste by turning it into a natural insect protein. Thus, technology mimics the circular system of nature, using insects as a link between food waste and feed, while promoting a more local food chain.

The ten X1 containers, which are manufactured in Greece and specifically in Crete, will save 5,737 tons of carbon dioxide (CO2) emissions per year – which is equivalent to removing 1,240 cars from the roads. They will also save 1,500 tons of food waste a year – more than just the amount that 21,420 British throw away every year.

This is the first perfectly circular system in the world, in which insects feed on food waste from Morrisons fruit and vegetables and then feed free-range hens, creating a carbon-neutral egg line. The X1 container, which is remotely controlled, safely converts food waste into high-quality nutrients. Insects are an extremely desirable and natural source of food for hens, improving their well-being by increasing natural feeding behavior and reducing the bite of their wings.

Morrisons expects the first carbon-neutral eggs to reach its store shelves in 2022, and the first step in that direction is the installation of Better Origin’s X1 insect farms on all its farms. The ultimate goal is to eradicate soybeans on all Morrisons egg farms by feeding poultry with live insects – as nature has been doing for thousands of years – and supplements with other local sources of protein.

Deforestation is still a huge problem, as tropical forests are destroyed every minute, reaching 30 football fields. Leaders at COP26 (Un Climate Conference) promised to act immediately – more than 100 countries agreed to stop and reverse deforestation by 2030. Soybeans remain the second largest contributor to the loss of rainforests, with most of it being used as animal feed.

Soybean reduction from Better Origin’s 10 farms is expected to save 56 hectares of South American land from deforestation each year. It will also reduce carbon dioxide (CO2) emissions by 5, 737 tons and save 40 billion litres of water per year. Similarly, if Better Origin’s solution was adopted by all free-range egg farms in the UK, the carbon dioxide savings would be over 472,000 tons per year.

The commercial cooperation between Better Origin and Morrisons will serve as a model for a fully circular system for converting waste into food, capable of transforming not only poultry farms, but also the aquaculture, pig and pet feed sectors. All major UK supermarkets have committed to reduce soybean use and reach Net Zero (carbon neutral). Better Origin’s technology aims to  make these goals achievable without compromising profitability.

“We are working with Morrisons to de-mate the food supply chain from coal and reduce its dependence on soybeans. Our vision is for the initial facility to be expanded to all Morrisons egg farms, which will save 33,000 tons of carbon dioxide annually. Achieving Net Zero is a huge challenge that requires cooperation and determination. We hope that 2022 is the year that more food producers will take meaningful action.”, said the CEO and co-founder of Better Origin, Fotis Fotiadis.

“Reducing soybeans through animal feed is one of the most key challenges for farms to reduce their carbon footprint and we wanted to help find such a solution. Eating insects could be a better fit for our poultry – they seem to enjoy it – and the nutritional and additional benefits for their health are particularly important. Still, we find a good home for our fruit and vegetable waste. We believe this could be part of the future of egg farming.”, stated Morrisons’ head of agriculture Sophie Throup.

Better Origin, which has received a total funding of 7 million pounds, is already operating in five locations across the UK and will expand nationwide and within the EU in 2022 through partnerships with supermarkets and food producers. The company is currently focusing on the poultry sector, with plans to expand it to other sectors, including pigs, aquaculture, pet food and even food for humans.

Visa Innovation Program: The 3rd cycle with 18 fintechs has ended