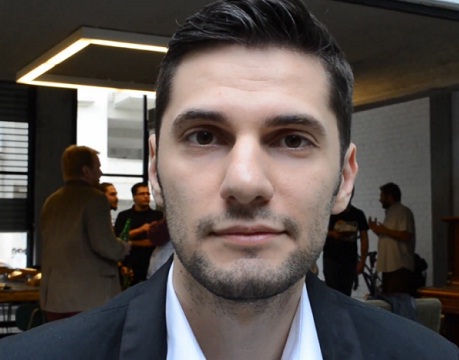 Stanislav Wolf, organiser of World Bitcoin Forum visited Athens on the occasion of European Pirates Summit’s Pirates on Shores Tour 2014. We interviewed him for EMEAstartups.com on the event, the current state of Bitcoin as a growingly accepted alternative currency and the potential dangers Bitcoin puts banking systems into.

The World Bitcoin Forum is taking place this September in Cologne, Germany and Wolf says Bitcoin is still at the beginnings, but despite the bad press the currency received the last year, he thinks more and more people are going to adopt it sooner rather than later. It’s all about the technology behind Bitcoin, he says, which makes it “much more efficient” than the existing currency systems. He also argues that Bitcoin won’t get central banks into any danger, but it is interesting to address and discuss the role they play in our modern society.

Watch the interview with Stanislav Wolf on the video below

Got an Idea in Cyber Security? Win up to 40k€ with EIT ICT Labs