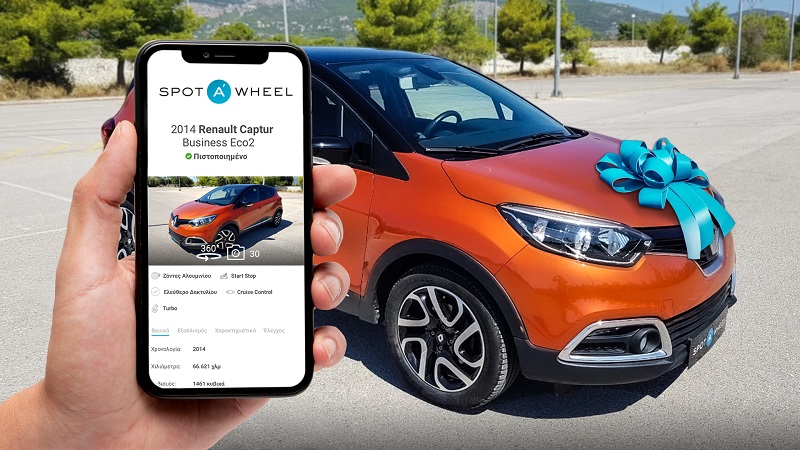 Spotawheel announced a new big funding of 10 million dollars with venture capital funds and loan, led by VentureFriends and participation from Velocity Partners, FJ Labs and other strategic investors.

Spotawheel had raised a total of 8 million dollars in 2019 closing round A with leading investors the two greek funds (VentureFriends and Velocity Partners).

As Charis Arvanitis,CEO and founder of Spotawheel, mentions, the greek startup gained public’s confidence in Poland and now with the new 10 million dollar funding will start its european expansion and reinforce its used cars network.

Car sales seem to be recovering after the lockdowns and as Charis mentions Spotawheel reached 3-digit sales in September.
According to the company, it has covered the needs of the buyers for certified used cars offering:

– Tested cars with detailed technical report.
– Up to 5 years guarantee for every car
– 7 days refund entitlement for whatever reason
–Car exchange

All the above are offered with the use of AI and analytics in the available car data, public or not.

At the same time, the company selects and tests, in various ways, its cars which are offered by private owners.Specifically, Spotawheel among others certifies the kilometres that each car has , that the maintenance program has been followed and that the car doesn’t have a big damage.

All the above are offered online, while a big part of car sales are performed without natural contact and the car arrives at the door of the buyer.
Spotawheel with the new funding will expand its staff, ( the biggest part of it is found in Greece), in Poland and in the new countries (25 are in the plan) where it plans to operate, with first station that of Germany at the end of 2020.

Finally, we should mention that Spotawheel’s team started its business activity in April 2015 with the used cars inspection service, Spotamechanic, that performed the so-called disrupt in the field of used cars.