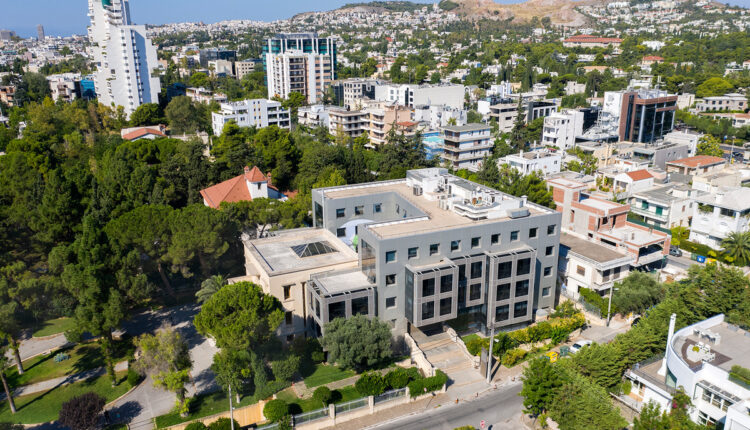 PRODEA Investments announced the acquisition of five adjacent plots of land of a total area of 10,433.50 sq.m. (with an existing office/residence building of 4,172 sq.m.) which are enclosed by Kifissias Avenue and Dionysou Street in Maroussi.

The purpose of the acquisition is the development, after the demolition of the existing building, and the exploitation of a modern office complex which will receive  LEED Gold environmental certification, which will consist of two autonomous and functionally independent buildings of a total area of more than 17,000 sq.m. The total investment is expected to be 35 million euros and will be funded by the proceeds of the green bond issued by PRODEA in July 2021.

This investment is situated at a prime location, next to the junction of Kifissias Avenue, the “Ring”, with Attiki Odos and the Kifissias station of the Suburban railway and near Golden Hall Mall, offering easy access both by road and by public transport, and is added to the existing investments of PRODEA in the northern axis and the business district of Maroussi (indicatively the recently completed element that is expected to receive LEED Gold certification and the ILIDA Business Center).

The Global Innovation Summit 2022 in Greece