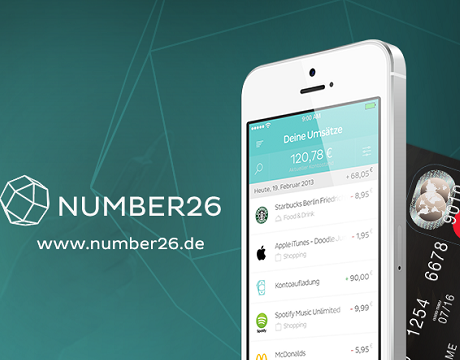 Number26, a FinTech startup which is aiming to revolutionize personal finance in Europe, is expanding to six new countries. It will be available in France, Greece, Ireland, Italy, Slovakia and Spain, as a first step toward offering a borderless banking experience across Europe.

The Berlin­-based FinTech company offers the only mobile ­first bank account available across Europe. A current account for the digital age made for the smartphone, which is linked with a MasterCard that can be used worldwide to make purchases or receive cash at ATMs without incurring fees! At the same time, signing up for an account takes place online via video chat in just eight minutes, and sending money to friends via text message or email with just a few clicks. After every transaction the user receives an instant push notification to stay in full control of their money. The current expansion brings the total number of countries where Number26 is active to eight, following its initial launch in Germany and Austria earlier this year.