Mobase, a spin-off company of the Institute of Applied Biosciences (INAB) of the National Center for Research andTechnological Development CERTH, did not appear suddenly, since its seven-member research team from the fields of molecular biology, agronomy, biotechnology and economics, has been engaged since 2012 in the identification of plant species with the use of DNA and not only that. In fact, in 2013 it was awarded for its activity by the President of the Republic and by the Ministry of Rural Development.

The company’s research team focuses on determining the genetic identity of agri-food products and not only that, with the aim of protecting the supply chain, from the producer and industry to the consumer, from any frauds, and at the same time highlighting the uniqueness of each product.

“After so many years of experience we now have the know-how to identify the characteristics of local PDO products, to confirm the authenticity of various plant and animal species and varieties, to highlight quality characteristics that give uniqueness to the products, to ensure the added value that this uniqueness gives them, but also to create new varieties”, explains Mr. Panagiotis Madesis, Professor of Molecular Biology at the University of Thessaly and collaborating faculty member at the Institute of Applied Biosciences of CERTH who leads the company.

The necessity of identifying products

Various reasons such as dietary crisIs (e.g. avian flu), food adulteration, food allergies, genetically modified foods, etc., require nowadays the identification of products. The idea for the founding of Mobase, whose name was inspired by the molecular markers that support molecular base screen technology, it came up after concerns and from a series of discussions of researchers involved in the spin off with many producers or companies that were victims of fraud, as they had no ability to control and analyze their products.

Molecular markers are a sequence (a fragment) of genetic material unique to each organism, which can be detected by various molecular techniques. “The various indicators associated with chemical metabolites of plants may be changing. What never changes is their genetic identity, their DNA, which is unique for every animal and plant organism”, adds Mr. Madesis, pointing out that the INAB laboratory in which the detection methodology was developed and evolved and through which Mobase was born is the first in Greece to apply the curve methodology for product identification and to this day remains unique in its kind because it has created its own markers for each species and for each variety.

To date, small and large producers, professionals, but also about 600 companies from the primary (farmers, nurseries) and the secondary sector (food/cosmetics industries) have contacted Mobase to genetically verify the reliability of their products.

Besides, Mobase can quickly and easily identify not only a plant species and its varieties, but also the product produced from it, such as the flour resulting from wheat and generally the raw material of a product. It thus has a large field of applications on the market, from the food industry and propagating material nurseries to agricultural crops and processing enterprises.

“We have created our own database that we refer to whenever we want to identify a raw material. If material does not exist on our own basis then we look back on international bases to find out what it is about. We had a case of a fish farmer who had procured a fish feed that, according to his supplier, contained broad beans as a basic ingredient.

In fact, this man had been deceived by the merchant because the food did not contain any broad beans but another plant of African origin that was quite toxic. In fact, in order to identify it, we have referred to international databases”, describes Mr. Madesis.

Currently the company’s research team can identify more than 600 species, varieties and final products, while it is able to develop new biological “fingerprints” for products of any kind that interest its customers.

Branding with the contribution of Mobase

Someone once said that products are made in the factory, but brands are made at heart. In this particular case, we could add that brands are created with the contribution of Mobase.

We can also maximize the production of a plant product by improving plant varieties with genetic selection for specific characteristics”, adds the professor, referring to the costing of the services provided that is quite competitive:

“The cost of our services is generally affordable and depends on the type we want to identify. For example, if we have worked on a species in the past and the methodology already exists, then the identification can be done within a day. On the contrary, if we have not worked on it and we need to set up a methodology then it has a higher cost and needs a few days to analyze it. In any case, do not stand by the cost, but also see it as a long-term benefit, because someone can avoid many future troubles.”

According to the professor, the company, as it was recently established, is still in discussions with various investors for its development and relocation to a private space in order to become autonomous, but also to open up jobs for young researchers.

“Five people from our 7-member team are PhD and postdoctoral researchers. We want to give them the opportunity to stay and work in the company, but also to others to stay in Greece finding a job in our country”, concludes the greek scientist. 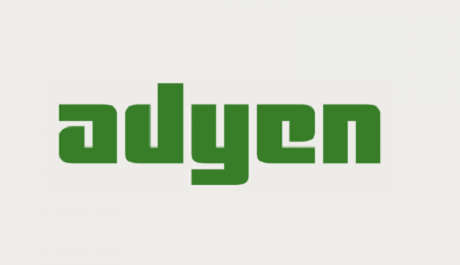