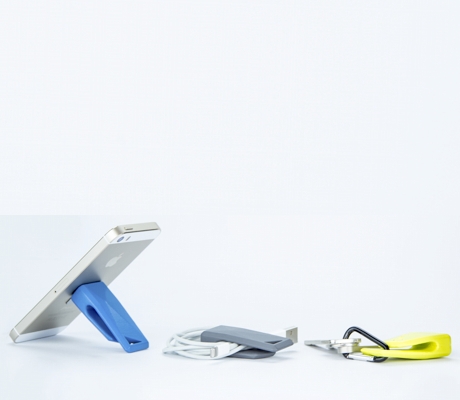 In order to fund the completion of the production process of the innovative product “Stikey“, the Greek startup DCubed kicks-off a funding campaign at Kickstarter. It’s goal? To raise at least 15.000 euros. The campaign starts on Wednesday, the 22nd of April at 3:00 p.m. (Athens local time).

Stikey is a portable magnetic stand for smartphones that works equally well on portrait and landscape orientation. At the same time, it prevents cables from getting tangled and protects them from being damaged when carrying them around. The user can easily attach Stikey at their keys and it also comes with a magnetic wall mount which is part of the packaging.

Meletis Michelekakis, one of the founders of DCubed stated: “Stikey is a real… multi-tool accessory, which consists in one product the separate abilities of many other similar devices. It’s strong points are the versatility, the “smart” design, the durability and of course the impressive packaging. Stikey is a fully Greek initiative, since the biggest part of the materials and parts that are used are made from local companies. Our ambition is soonely to close some business deals with international players, since Stikey’s usage has a real worldwide potential”.