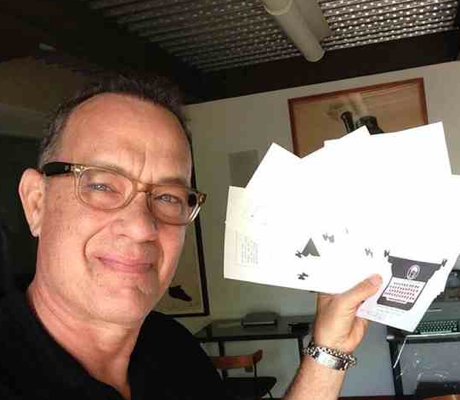 Tom Hanks launched a typewriter app for iPad last week, and just four days after its release, the Hanx Writer has soared to the top of its respective chart in the iTunes App Store.

The new typewriter app does precisely what one would expect of something referenced as a “typewriter app”. Keys appear on the screen, and typewriter functions ensue when you press them.

Aside from replicating the famous font, the app sounds off to the pings, clacks, and pangs of an old-school Underwood.

Hanks wrote the New York Times in August about his love of typewriters and why he owns hundreds.