Facebook is considering changing name in the framework of metaverse

Facebook plans to “reinvent” itself by changing its name, perhaps next week, as part of its new big goal, the creation of the “metaverse”, a new online world of user communication through virtual and augmented reality.

The head of the largest social media platform Mark Zuckerberg plans to talk about the name change at the company’s annual “Connect” event on October 28, but the revelation may be made earlier.

The rumor arose after a report by “Verge” (citing a source with direct knowledge of the matter) and which was reproduced by the Reuters agency. For now, Facebook has said it is not commenting on rumors.

According to Verge, Zuckerberg aspires that Facebook will go down in history as more than just social media (with all the criticisms he has received), as the main creator of the “metaverse”. He had told Verge in July that “we will change so that people do not see us primarily as a social media company but as a metaverse company.

It was preceded by the radical restructuring of Google in 2015, which came under the “umbrella” of a parent company, Alphabet, to signal that it is now much more than just a search engine. According to Verge, Facebook’s new corporate name remains a well-kept secret that few people know. The truth of the rumor remains to be proven.

As for the metaverse, which is expected to develop in the future anyway, it is a term created by science fiction writer Neil Stephenson to describe a virtual world where people escape from a dystopian world.

2 December 2021
Honda Motor has held the world premiere of the advanced safety technologies of the future, which it is developing in ord... More

2 December 2021
Τhe CEOs of the European Telecommunications Providers ask in a joint statement, that Europe should transform its digital... More

2 December 2021
Microsoft announced in collaboration with ReGeneration the launch of the educational program “The ReGeneration Ini... More

Microsoft: Investments in Greece, what the Greek Startups should do

1 December 2021
At the Innovative Greeks conference of SEV, that was implemented online, the Country Manager Director of Accenture, Kyri... More

1 December 2021
Smart home devices continue to appeal to consumers globally as they come with various advantages while serving different... More

Ioannina: The city that has the potentials to become the first tech hub in Greece

1 December 2021
“A potential Greek Silicon Valley”. This is how the mayor of the city Moses Elisaf has characterized Ioannin... More
Prev Post Resistant AI: The startup against fraud raises 16,6 million dollars
Next Post VentureFriends' new investment in the english lendtech Proportunity 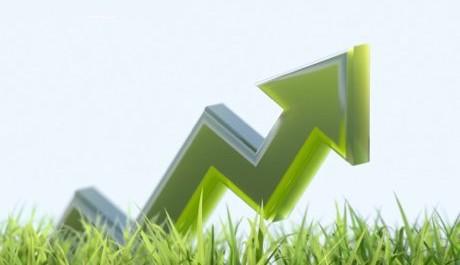 When it’s the right time to go IPO?