Coca-Cola: Additional 800,000 euros for the rapid restoration of the Varibobi-Tatoi area 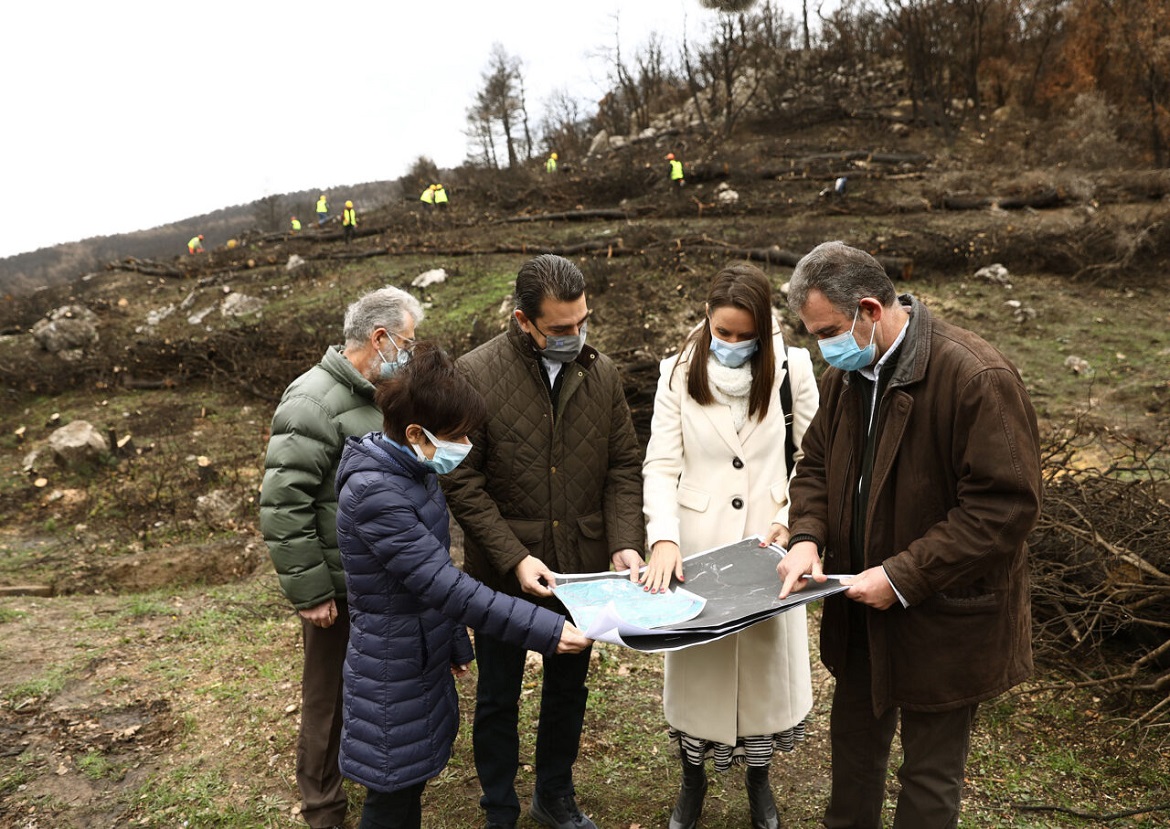 An additional donation of 800,000 euros from Coca-Cola Hellas, for the restoration of the burnt areas of the area of Varibobi – Tatoi, was announced during an on-site visit by the Minister of Environment and Energy, Kostas Skrekas, together with the General Manager of Coca-Cola 3E, Maria Anargyrou – Nikolic and the General Manager of Coca-Cola Hellas, Lilian Nektariou. The visit was organised to monitor the rapid progress of projects in the area which are expected to be completed in January 2022.

This donation is in addition to the initial donation of 1 million euros by Coca-Cola 3E, expanding the restoration area, which now exceeds 3,900 acres.

The projects, which are of particular importance, concern the immediate confrontation of soil erosion and the flood-proofing for the retention of sediments, aiming at the natural regeneration and reforestation of the area.

“Once again, Coca-Cola in Greece shows the high sense of social contribution, contributing in practice to the great national effort for the reconstruction of the fire-stricken areas.Coca-Cola 3E embraced from the very first moment the newly established institution of the Contractor for Restoration and Reforestation, offering 1 million euros in October to finance anti-corrosion projects in Varibobi. Now, Coca-Cola Hellas announced a new donation of 800 thousand euros for the implementation of restoration projects in the Tatoi region. These are extremely important initiatives, which will help to adapt forest ecosystems to the major challenges of the climate crisis and the enhancement of environmental awareness.”, stated the Minister of Environment and Energy, Κostas Skrekas.

“As a Contractor for Restoration and Reforestation, we are fully aware of the responsibility for the urgency of the flood protection works. That is why we are proceeding with speed in the implementation of the donation to ensure the immediate flood-proofing and restoration of the area.The implementation of this donation is linked to our broader strategy to tackle the climate crisis, and our commitment to zero carbon emissions by 2040, for a better, sustainable future for all.”, said Maria Anargyrou – Nikolic, General Manager of Coca-Cola Three Epsilon for Greece and Cyprus.

“We are very happy and proud to announce the enhancement of the initial donation of our bottler, Coca-Cola 3E, offering as Coca-Cola in Greece, in total, 1.8 million euros for the restoration of an area that has been severely affected by the devastating fires of the summer. As the prosperity of the society in which we operate is our priority, through these projects we want to contribute in practice to the protection of our natural environment, to the prevention of future fires and floods, as well as to the natural reforestation of the area.”, noted Lilian Nektariou, General Manager of Coca-Cola Hellas.

In August 2021, Coca-Cola in Greece, in collaboration with the Bodossaki Foundation, allocated 100,000 euros for the immediate needs of housing, clothing and support for those affected and for the reinforcement of the Greek Fire Brigade, while it also proceeded to the disposal of more than 180,000 products both for the fire brigade forces and for the residents of the affected areas.