CAPITALS Business Circle: Berlin as a Hub for Innovation in Transportation and Mobility 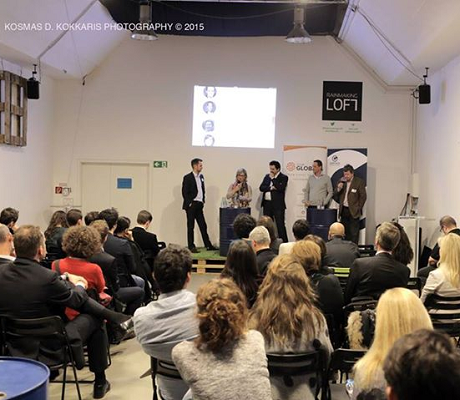 Uber’s approach is not aggressive as many think, but on the contrary the company tries to cooperate with policy makers and other stakeholders in order to adapt to the framework of each country and city they’re operating in, said Christian Freese, General Manager of Uber Berlin, in a panel discussion on the future of innovative mobility and sharing economy that organised recently in Berlin by CAPITALS Business Circle and Club GLOBALS. Uber Berlin’s manager though urged for a common EU framework about the sector.

All guests agreed that Berlin has a great potential as city to become a hub for innovative mobility and sharing economy. During the discussion moderated by Yannis Salavpoulos, Founder & Presient of CBC, different approaches on the various dimensions of the sector were laid out, but speakers agreed that mobility will go to the next level in the following years and sharing economy is a catalyst in this direction. The ownership of car is becoming less important and there will be more interconnection in the future between the different kinds of transport but also between private and public transport.

Innoz’s Lenert said that smart cities will play a huge rule in the shaping of the future mobility and that we have to become more green and more responsible. Ernst & Young’s Fuss said that the autonomous car is not far away to see it in the streets and is not less safe than the ones now. “The whole car industry is changing. Daimler describes itself not any more as car company but as mobility company. The same also goes for Deutsche Bahn”, he concluded. Startupbootcamp’s Kufner said that large players need to cooperate with the young dynamic startups and one of Smart Transport Accelerator goals is trying to connect them.

The event took place at Rainmaking Loft and audience included international entrepreneurs, startups but also managers from larger companies active in the sectors of mobility and sharing economy.

New funds and plans for Pockee