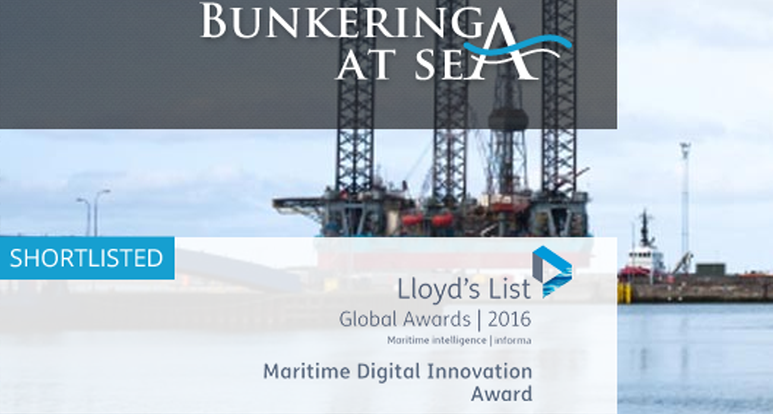 Lloyd’s List has published the Finalists for the  2016 Lloyd’s List Global Awards. The shortlist places the Cyprus-based Bunkering At Sea (BAS) as a finalist in the Maritime Digital Innovation Award Category.
According to the organization, the selection of the finalists was not lightly reached by the 11 highly regarded judges  as this year the entry number was extraordinarily increased.

The Lloyd’s List Global Awards showcase and reward the best talent and its achievements in shipping over the last year. The awards are a vibrant celebration of the key players in global shipping and are recognised worldwide as a significant mark of success.

BAS provides the first real-time integrated platform for fuel bunkers by connecting Physical Bunker Suppliers, Brokers & Traders to Ship Owners, Time and Bare Boat Charterers of all vessel types, around the world.
The winners of the Lloyd’s List Global Awards 2016 will be announced at this year’s ceremony at the prestigious National Maritime Museum in Greenwich, London this Fall.

Siemens: €1 billion to be invested over next five years