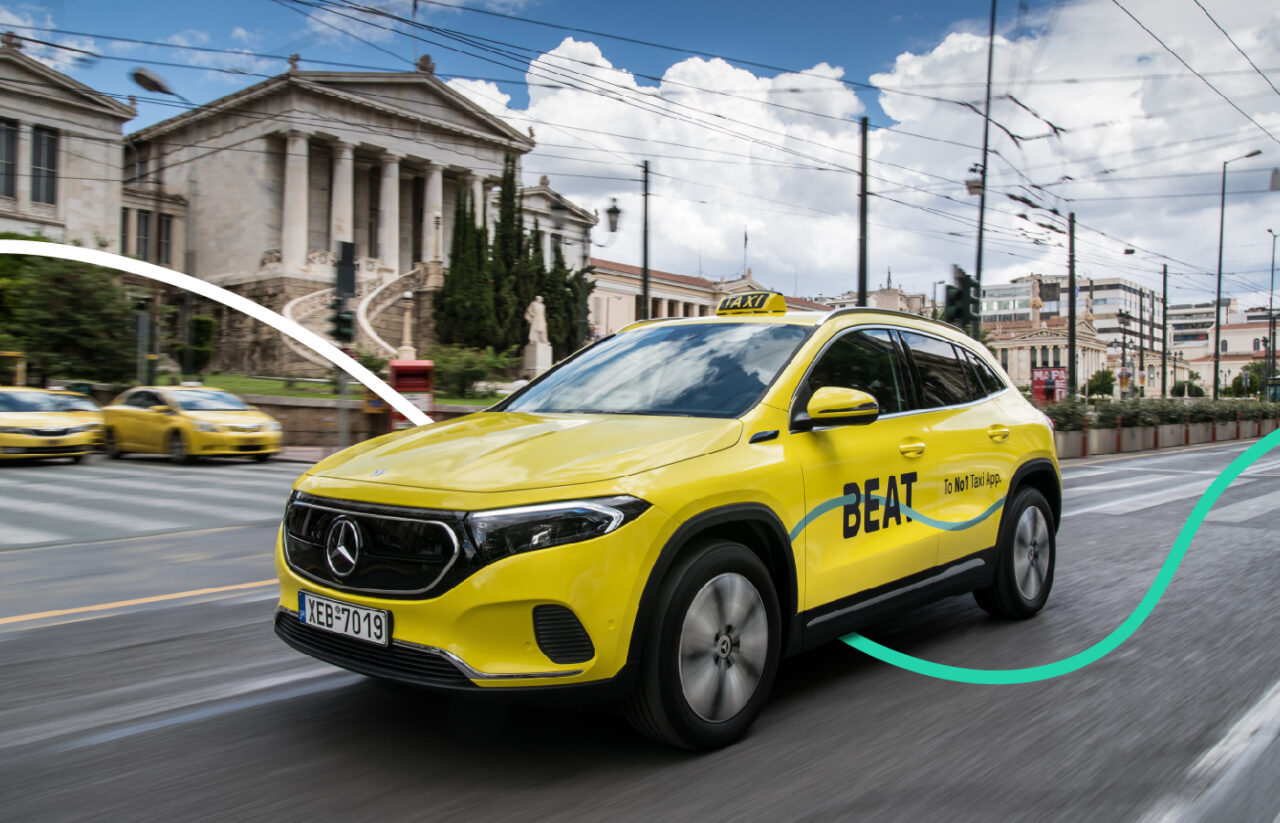 BEAT’s “green” initiatives continue against the backdrop of reducing the environmental footprint within cities, putting the environment at the heart of its strategy. The largest taxi call application in Greece, announced an ambitious package of support for its drivers – partners, through a series of privileged partnerships for the transition to electromobility

In particular, having already published the strategic choice to eliminate the environmental footprint of its routes in Greece by the end of 2025, BEAT presented its package of partnerships, aiming at making the purchase and operation of an electric taxi affordable. With partnerships that bring down the cost of acquisition even below 10,000 euros combined with new government incentives, the digital platform attempts to help its partners invest in new vehicles by removing pollutants from the city center.

Given the Government’s decision to make all new taxis in Athens and Thessaloniki electric by 2025, the company presented its first round of partnerships with Mercedes, Citroen, Peugeot, Skoda and Protergia, through which 1000 drivers – partners will be able to enjoy specific privileges making the city greener. In fact, BEAT announced that for its first 100 partners who will invest in an electric vehicle, it will subsidize the cost of purchasing and studying the installation of chargers. It should be noted that, in total, FREE NOW, a joint venture of BMW Group and Daimler AG for urban transport and BEAT is part of it, is making investments amounting to 100 million euros over a five-year period in Europe, in the form of incentives for drivers to make the transition to zero emissions.

In order to cover the increased interest for the transition to electromobility, a special team of BEAT EV experts was created, to whom drivers can contact for more information and data on how advantageous it is to invest in zero-emission vehicles.

“The transition to a zero-emission era is a strategic choice for BEAT and FREE NOW. We believe in a technology with a social footprint that will help cities become more sustainable by offering citizens alternative mobility options, leaving cars at home. For this reason, we actively stand by our drivers – partners and we invite other businesses to join this effort. Mitigating the consequences of Climate Change is an effort that requires synergies and that is why we welcome the State’s willingness to strengthen the incentives to switch to electromobility. That alone is not enough though. Greece must, on the one hand, go in line with the rest of the European countries by acquiring a modern and sustainable framework for urban mobility and, on the other hand, emphasis should be placed on new on-demand forms of mobility. BEAT, completing ten years of innovation, is ready to bring to Greece the next day of transport, in which FREE NOW plays a leading role at a European level.”, said VEAT’s General Manager Aspa Topalidou.

It is worth noting that in early November, Beat’s General Manager in Greece sent an ‘open letter’ to the Ministries of Environment and Transport, in order to accelerate the transition effort to sustainable urban transport.

Beat’s letter calls for more speed in policies to support drivers to make the transition to zero-emission vehicles, for incentives for businesses to choose green solutions, and for a new holistic institutional framework for digital platforms and Micromobility as a bulwark in the universal use of cars on the roads. The text underlines that reducing pollutants from road transport is the quick victory that cities need, at a time when pollution worsens the quality of life of residents.

Visa Innovation Program: The 3rd cycle with 18 fintechs has ended