$100.000 for the best Greek Startups of egg-THI Excellence competition 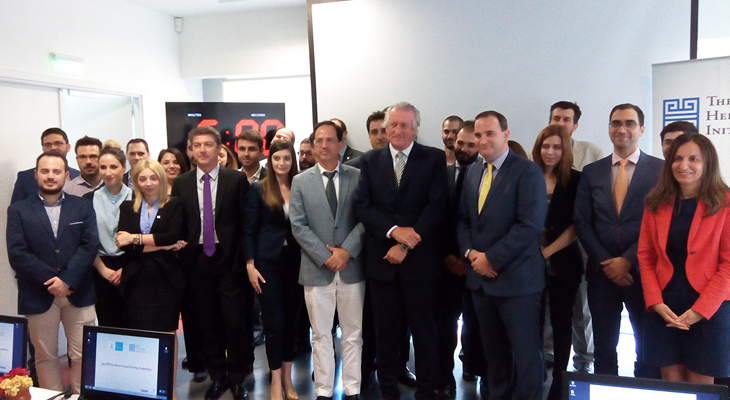 On the 16th of May the final phase of  egg-THI Excellence Award Pitching Competition took place on the premises of the big Greek incubator. The best Greek Startups from all the three cycles of the egg acceleration and incubation program presented their progress so far in front the jury of the competition.

29 of the 63 Startups of the three so far cycles of Egg entered the competition and 12 of them with the best score qualified for 6 minute pitching and evaluation on the basis of eleven metrics, such as the completeness of the business plan, the target market acquisition and competition analysis, the analysis of the international market, the sustainability of their business activity etc.

The prize of the competition was $55,000, $33,000 and $10,000 for the first, second and third respectively granted from the fund The Hellenic Initiative based in US and in Greece.

From the twelve Startups, six were selected for the final pitching and the winners were:

VesselBot got the second prize of 35,000 dollars, provides a marketplace for chartering ships.

Owiwi got the third prize of $ 10,000. Offers an original evaluation system based on games for selecting employees and HR departments.

FEAC were in the top six Startups and offers a computational simulation platform with high accuracy and low cost something extremely crucial for the development of new products.

isMood also was in the top six and provides a data analysis platform for the Social Media transforming them into valuable knowledge.

ARDUStech transforms foods, such as oil, in capsules keeping their valuable components as they were are in their normal form and removing fat for example.

Sensoraide offers an IoT system with sensors for agriculture for improving crop yields through information gathering from the field.

Hermes-V has developed a data acquisition system for vehicles for multiple uses, primarily for the insurance market.

The statements of the winners

Zoe Giavri, CoFounder & CEO of Advantis after the award stated: “Our participation in EGG – THI Excellence Award Pitching Competition and achieving the first place, came to reward our efforts as a company. The partnership of EGG program with THI has enabled companies like ours to present thir business idea and assessed objectively by prominent industry professionals. Behind financial prize, our participation gave us moral rewarding experience and optimism for the future. The financial prize will be used in expanding our staff and cover expenses relating to the adoption of quality certifications produced products. “

Athanasia Panayotopoulos, Co-Founder & CMO Vesselbot said: “Following our yesterday’s award, we would like to really thank the Hellenic Initiative, Eurobank and Corallia’s egg program for their tangible support to companies, like ours, who insist to operate in Greece despite the difficulties created by the economic environment of the country. We are distinguished among 12 innovative startups that really stand out in recent years in the startup community and that honors us. As part of the contest ‘the egg THI Excellence Awards’ we had the opportunity to present to the jury the business plan of VesselBot whose main objective is the introduction of technology and business benefits in global Marine.
Money will be used for additional team members, developers mainly, in order to further develop the VesselBot platform.
Finally, we would like to mention that the next step of VesselBot is the official launch of the exhibition Posidonia on June 8, 2016. “

Athina Polina Dova, CoFounder & COO of Owiwi said: “Egg’s event in cooperation with the THI was for the team of Owiwi a great experience for many reasons. Congratulations to all the teams who took part because the level of the presentations was high and there were a full grade of professionalism . Many congratulations to THI for the contribution to the community.
For us this award, beyond others, states the closure of the incubation cycle after two years and our entry into a new, more mature business period.
The award will be utilized in this direction, particularly in marketing as we are before the official launch of our new product. “