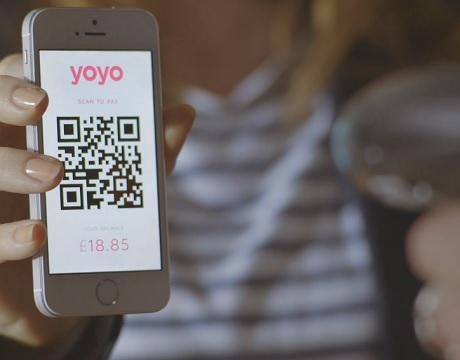 Yoyo, a London-based mobile payment and loyalty app, has raised US$5m in seed funding, one of Europe’s largest seed funding rounds this year. Founded less than a year ago, the startup has also announced it is rolling out at the University of Westminster and University of Greenwich, which together serve over 50,000 students, visitors and faculty members across London.

The investment was led by technology commercialisation and investment group, Imperial Innovations, with co-investments from Firestartr, a new digital venture platform, and Telefonica Group. Notable angel investors brought into the round by Firestartr include Barry Smith, co-founder of Skyscanner; Mathias Entenmann, former MD of PayPal Europe and Paypal International; and John Chaplin, former EVP at Visa Europe.

Founded in 2013 by Alain Falys (Founder of OB10, ex Visa), Dave Nicholson (Founder of Zopa, ex Egg) and Michael Rolph (ex PayPal, Barclaycard and First Data), Yoyo aims to create a better customer experience using an app which simplifies and speeds up in-store transactions by combining payment and loyalty via one easy scan.

The app, which was released earlier this year, is already handling over 30,000 transactions per month across 32 food and drinks outlets at Imperial College London. In addition to the University of Greenwich and University of Westminster, Yoyo plans to announce further partnerships with universities and high-street retailers Yoyo over the coming months.

Users download Yoyo on the App Store or Google Play, and attach a funding method to top-up their account. Yoyo integrates into the retailer’s till system and uses a unique QR-code for each transaction, which is scanned at the point of sale using a scanner. Users collect loyalty points automatically in the app and can receive offers and promotions from their favourite retailers direct into their app. It removes the need for both cash and loyalty stamp cards.

For retailers, Yoyo provides a marketing platform that enables digital customer engagement in-store. The platform gives retailers a set of tools which enable them to better target their customers with relevant rewards, offers and incentives.

The funding will be used to fuel Yoyo’s growth plans over the next 12 months, cementing its position as the leading and most-used mobile payment and loyalty app in the UK, before expanding into the US and European markets. Yoyo will also use the funds to continue to grow its partnership programme with Point of Sale software vendors and leading catering companies. The company is looking to raise a Series A later in the year.

Socialmist: Create Beatiful Stories and Use Music to Express Yourself on a New Social Network