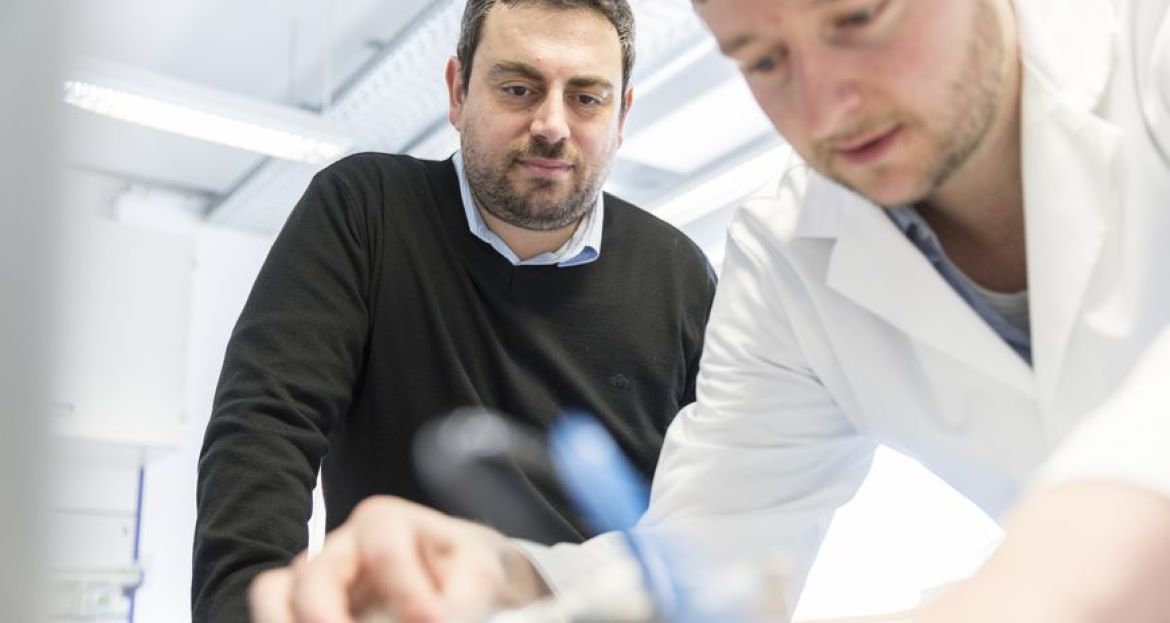 “The pandemic has not only highlighted the decisive role of science against the SARS-CoV-2 virus in record time, but also the important role of research in economic and labour market issues. However, we need to strengthen research geared to problem solving – for example in medicine where many problems still do not have solutions – in order to make discovery-oriented research more effective”, points out the director of the Institute of Biological and Medical Imaging (IBM) of the Helmholtz Environmental Health Research Centre in Munich and Chair of Biological Imaging of the Technical University of Munich (TUM), Professor Vasilis Ntziachristos. He is the distinguished greek researcher who has been awarded the most important research prize in Germany “Leibniz Prize“, for many the “German Nobel Prize“, but also the one who knows best of all the interconnection of research with entrepreneurship and the transfer of innovation and technology in patient care.

Professor Ntziachristou’s name is identified with translation, which refers to the application of research and innovation for the benefit of human, society and economy, as well as with the creation of two model centers in Munich that combine basic research for discovery with research to solve problems. More specifically, “TranslaTum” [a word derived from –translation and TUM (Technical University of Munich)], and “Pioneer Campus” co-house researchers from Medicine, Biology, Physics and Engineering with the aim of developing innovative solutions for cancer and metabolic diseases and have been supported by the German and Bavarian governments and by many scientists in Munich. Now, he is preparing a third research center with emphasis on research in order to find solutions in the field of human health.

So, for the research that should not be lost in translation but should solve problems in medicine and not only, he speaks to startupper.gr.

Startupper: So, the solution of a problem or the discovery is what scientific research is all about?

Prof. Ntziachristos: Scientific discovery and problem solving are two different concepts that are often confused although they differ greatly as processes. The confusion lies in the fact that they both have something in common: the problem. Discovery is the beginning of understanding the problem, but it is not identical to its solution. For example, human has always dreamed of flying, and it took centuries to understand the forces and natural laws that govern flights. However, physicists like Newton or Bernoulli may have discovered the above laws, but they did not create the plane. It took the development of Engineering and armies of engineers through time to get us to enjoy safe flights. The problem of course is more complex in medicine, where here too a discovery does not it is not necessarily a solution. It may simply enrich our knowledge or need to be combined with many other discoveries to reach the solution. That is why publications about new findings are usually accompanied by statements such as “…may help” in a disease. But the path from discovery to medical solution remains complex, accurate and slow. That is why we need to understand the form of research that accelerates this process.

Startupper: Where is the difficulty of translating research into solutions for the benefit of humans?

Prof. Ntziachristos: The difficulty of translating research into practical solutions in the field of health is not due to the fact that biologists or doctors are not doing their job well, but to the fact that this work is not supported by biomedical engineering. Of course, I am not referring to architects or civil engineers who should dive into the deep waters of medicine, but to training a new generation of engineers on the basis of Biology or Medicine in proportion to civil, mechanical or electrical engineers who base their knowledge on Physics. Engineering is a science oriented towards problem solving as opposed to Physics or Biology that focuses on discovery. Engineers can be excellent physicists or biologists if they choose to make a career in problem solving rather than discovery per se.They are trained in the development of new methods either to facilitate the discovery that precedes the solution, or to reach faster, safer and more economical solutions. For example, a nascent “revolution” is now related to the development of advanced biosensors and computational systems by engineers, which can detect the onset of diseases much earlier than is possible today, so that they are treated more easily. It is something similar to cars that in the past took smoke out of the engine and left you on the road, while today you put sensors on them, go to the garage and repair them before they leave you on the road.

Startupper: How will we train the engineers you mention?

Prof. Ntziachristos: We are people with a restless spirit, with ingenuity and with the ability to invent solutions under difficult circumstances. We usually identify with the resourceful Odysseus and not with Achilles! In Greece we have a strong tradition in Engineering and we have excellent polytechnic schools that provide engineers with internationally competitive training. However, here the keyword is Biomechanics, a term that describes mechanics in life sciences which already exists as an activity in Greece in some colleagues’ laboratories. However, it would be an important step to create biomechanics departments to build this necessary research space on a proper basis. With such an orientation we could create for the first time a new innovation ecosystem in the Balkans and one of the few in Europe, with enormous potential for economic progress and for the creation of new jobs in the field of biomedical sciences, that is to say in an area where there are still major unresolved problems, an enormous need for innovation and new solutions, and space to develop a pole of international leadership.

Startupper: In recent years you have participated in the National Council for Research, Technology and Innovation (NCRTI) and in the Sectorial Scientific Council of Health Sciences. How do you assess the prospect of research in Greece?

Prof. Ntziachristos: First of all, I see a general anxiety about how the country can be competitive in research. Unfortunately, the debate usually concerns, on the one hand, the management of scarce resources, and on the other hand, the impact of institutional problems on the creation of a research landscape that we all want, namely research that provides solutions at international level, that attracts new resources and that creates decent jobs on a larger scale than at present, so as to keep young greek scientists in their country and create a robust economy. It would make me very proud to hear in 10 years from now foreign colleagues say: “… but you are pioneers in Greece in this field”. But this requires planning and continuity, something which unfortunately is not our key strength. In Greece we still rely on heroes, but we do not support them with a program.

Startupper: Could Greece stand against the major economies of other countries by producing competitive solutions and products?

Prof. Ntziachristos: On a large scale obviously this seems impossible. To be competitive we need to focus on finding solutions in areas where we have a natural advantage or can meet some great need. For example, in the field of energy, there are studies of energy autonomy of our islands and other regions, based on innovative solar or wave energy storage units and not on imported batteries, which could reduce energy import and increase technology extraction. In the defence sector too, where the country’s needs and expenditures are unfortunately already greatly increased, it is inconceivable not to be pioneers (see Israel). Technologies such as missile systems could be developed internally based on our developers and engineers. And of course in the field of biomechanics. Many of the solutions of the future will come not only from the pharmaceutical industry but from technologies such as biosensors and computer systems, which can be optimally developed in Greece.The annual expenditure on these three fields that I have mentioned as examples already amounts to many billions of euros. A shift to internal development could save a small part of this expense or bring in new revenues, which would be enough to strengthen these research areas in our country.

Startupper: In other words, are you proposing re-educating and empowering research areas where we can be competitive?

Prof. Ntziachristos: Exactly. Education and research directions are constantly changing as our needs change, for example, in my student years the first computer schools were created in Greece that now cover the big needs with programmers. The beginning could be made by changing the terminology we use. We are used to saying that we need to strengthen research, but as a proposal it is of little value because it does not contain anything specific. It would be better to define what we are asking for, especially in places where we can be competitive.For example if we say that we want to strengthen research to make 20% of the population energy autonomous by 2030 with cheaper or more efficient systems for using alternative energy sources, or to produce technology for early detection of diseases, then it is much more understood by funders, educators, trainees, entrepreneurs, politicians, etc. At the same time the “specific” can be controlled for its success and more easily. Of course I believe that our country can also compete internationally in certain areas, if it does so consistently, and I will consider it a great personal success if I can contribute to this, together with other colleagues who see things from the same perspective.