Konstantinos Kokkalis: “At SEV we believe that research and innovation should be placed in the core of Greece’s business development” 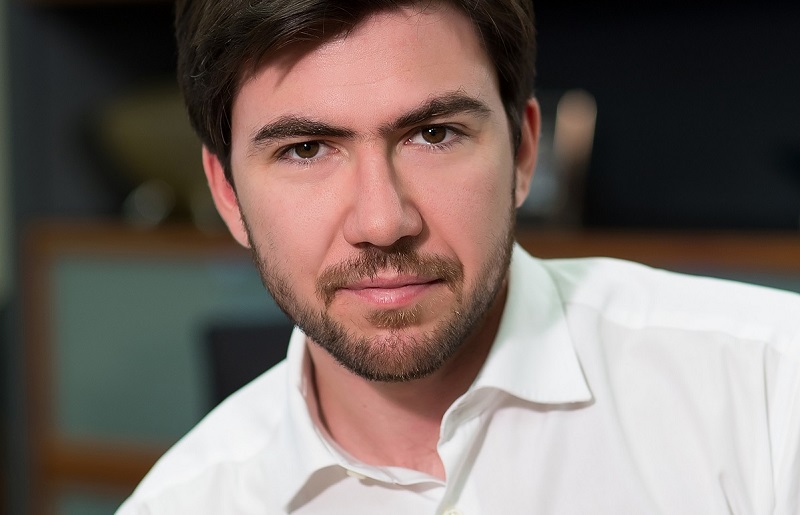 The co-chairman of SEV’s Innovation Committee and chairman of Intrasoft International talks exclusively to emeastartups.com about the importance of innovation and cutting-edge technologies for entrepreneurship and the greek economy and reveals SEV’s contribution to the fast development of the greek startup ecosystem, the interconnection among greek businesses and industries and the startup ecosystem for technology transfer.

S.M. Mr Kokkalis, as co-chairman of the Innovation Committee (and chairman of Intrasoft International), would you like to explain, for a start, the reasons that led SEV create this specific committee?

Konstantinos Kokkalis: At SEV we believe that research and innovation should be placed in the cοre of the country’s business development and set the basis for the country’s productive reconstruction.For this purpose SEV’s Innovation Committee was created 4 years ago in order to contribute to the fast development of the country’s innovation ecosystem, which made its appearance 10-15 years ago and has already recorded important and tangible results.

S.M. What are the main directions and priorities of SEV’s Innovation Committee?

Konstantinos Kokkalis: We started the Committee by studying the problems in the business environment that impede the growth of the startups and we have submitted solution proposals through legal reforms and by giving incentives.We created bridges, connecting the big established businesses with the small, flexible and dynamic startups, contributing this way to the ecosystem’s maturity and to the fast integration of innovation from businesses of every size.

Also, in order to further cultivate the osmosis among big and small businesses, we have created inside SEV the SEV Scaleup community, that registers in the community dynamically developing startups offering them individual networking services, business development and extroversion.

The Innovation Committee’s priorities, that consist the main pillars around which we have been building our actions, are four:

Based on the above we believe that we can contribute significantly so that the tech startup ecosystem, which nowadays has 4 billion euros capitalization and almost 5,000 employees, will reach 10 billion euros with 50,000 working positions within the next five years, an objective ambitious but feasible. 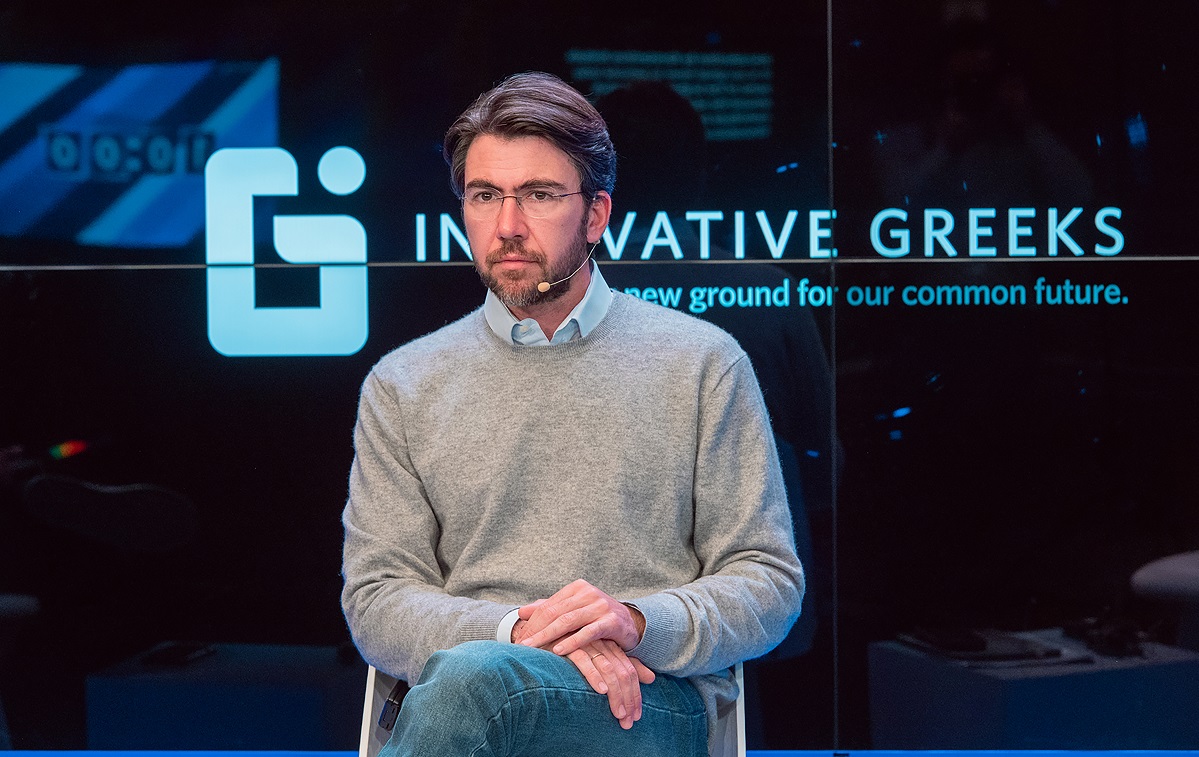 S.M. How important is, in your opinion, for Greece today the reinforcement of business culture for the promotion of innovation?

Konstantinos Kokkalis: For many decades entrepreneurship in Greece was a misconceived concept, making the country lagging behind in the field of innovation.However, it turned out that the Greeks who live abroad created successful businesses because of their innovative spirit and their creativity. It is extremely important to reinforce business culture in Greece, mostly in sectors where there is exceptional talent and enthusiasm from young people (such as in the fields of robotic technology, biotechnology, artificial intelligence) so that an innovative business ecosystem will be created and reinforced.An ecosystem that will offer revenues for the businesses, it will create new and well-paid working positions and will help green transition and Greece’s sustainable development.

Konstantinos Kokkalis: I believe that the period of the pamdemic will be recorded historically as the period of our times with the biggest acceleration concerning the adoption of innovation in  business sector globally.Companies and their people were forced to adjust to the new situation created by the pandemic, in order to continue their operation, while many sectors (such as transportations, communication networks, pharmaceuticals, ΙΤ) saw huge progress, as the needs that they had to cover accelerated up to 5 years, according to studies, the adoption of innovative methods, technologies and reforms.

S.M. In Greece there is a “significant mass of startups, funding tools and reform initiatives” and “a wide political consent”, as you had recently highlighted.Also, there is the necessary human “capital”, as the “brain drain” of the last decade has shown.What do you believe is the true dynamic of the greek startup scene in our country?

Konstantinos Kokkalis: The creation of startups in Greece cannot consist the only goal of entrepreneurship in the country.Our objective should be the empowerment of these businesses’ ecosystem, through collaborations with bigger companies and appropriate funding tools, in order to acquire the ability through their scaleup and the acquisition of experience to enter the track of the domestic and the global business competition.Today there is a unique opportunity for Greece, because of the capitals from the European Recovery Fund, to maximize the dynamic that the startup ecosystem has acquired, leveraging the human “capital” that Greece has and reversing the “ brain drain” of the previous decade.

S.M. The greek startups ecosystem seems that it hasn’t managed to gain the significant “size”, in order to constitute the benchmark on a european level, as it is happening with other countries with smaller or similar population ( for example Esthonia).Do you think that the greek ecosystem can be among the top ecosystems of Europe?

Konstantinos Kokkalis: It is a fact that Greece delayed, because of an obsolete ideology -for decades- to realize the importance of startups for the promotion of entrepreneurship and innovation. Because the greek market is small, a very targeted strategy is necessary for scaling up the greek ecosystem that requires -above all-strong and coordinated cooperation among the private sector, the academic community and the state.I believe that the current government has enacted many reforms towards this purpose and I am optimistic that the effort of giving incentives (financial/tax, reinforcement of research and cooperation among universities/businesses) will continue , so soon we will have a startup ecosystem of a significant size, that will put Greece in a prominent position on a european level.

S.M. Are incentives demanded on the part of the government or specific actions both from the state and institutional bodies and organizations , such as SEV?

Konstantinos Kokkalis: For startups’ interconnection with the industry, SEV’s Innovation Committee created the «Innovation Ready» initiative.Through this initiative the focused promotion of new innovative businesses and patents that seek collaborations with the industry and the organized businesses for co-development is achieved, as well as pilot implementation, distribution of their product or even initial funding.

For us the objective will be accomplished when such dynamic collaborations will be performed!We have already implemented three successful matchmaking events about Biomedicine Technologies, Industry 4.0 & Logistics 4.0 solutions, and Circular Economy and Energy, while on July 8th the networking meeting concerning agro-food technologies was performed.We have already organized more than 40 business to business (Β2Β) meetings for the expansion of cooperations.Some of them are in progress and we hope that they will be productive.

S.M. After the successful opening event for SEV’s “Innovative Greeks” initiative, how is this important project developing? What actions are planned to come next?

Konstantinos Kokkalis: The goal of “ Innovative Greeks” initiative, that SEV started in cooperation with Endeavor, was to unify and motivate all Greeks around the world with remarkable contributions in the sector of innovation, researchers in some of the most important universities of the world, executives of big multinational companies, successful businessmen and investors and give them the chance to meet and contribute with their contacts, their resources and their networks to the fast growth of technology startups in Greece.The new global Innovative Greeks initiative, that Sev and Endeavor have created, has more than 10,000 members from 45 countries.Already, almost 500 Greeks from abroad have contributed, each on its own way, to the greek innovation ecosystem and their number is expected to increase in relevant events in the future.

S.M. From your experience from the chairman’s position of a technology Group and member of SEV with great experience in new technologies, how do you explain the lack of a national strategy for the promotion of greek innovation for decades, while in the EU and in the developed countries (G7, G20) all around the world –alongside digital transformation- is one of the main priorities?

Konstantinos Kokkalis: Our Group already since its establishment back in 1977 has adopted the technology and innovation in the heart of the development model performing important investments in research and in its products development making them “state of the art”, while at the same time leveraged its business expertise to differentiate its activities portfolio, having presence in the fields of energy infrastructure, defence systems, IT, AI and other.

In this course we had on our side the employees that contributed with their knowledge and their skills.This growth strategy, as well as of other SEV companies in different sectors, didn’t receive state support, since as I mentioned before, the concept of entrepreneurship in Greece remained for decades a misconceived idea.It is obvious that the state’s attitude did not allow the existence of a corresponding national policy that would reward entrepreneurship innovation of the private sector.Today despite all these Greece is making huge “leaps” in order to gain the lost ground with the support of SEV that has set as top challenges: