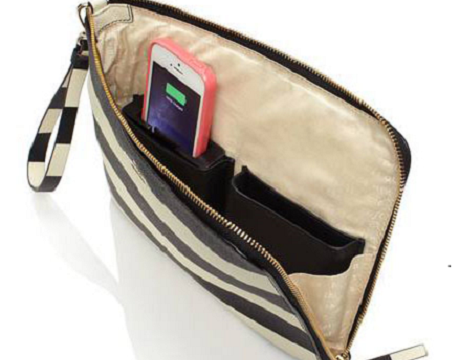 In order to create bags and purses that will keep the customers iPhones fully charged for two days, Kate Spade & Co. partnered with the startup company, Everpurse. The bags, that will cost between $198 and $698, will have the ability to charge iPhones including all models from iPhone 5 through the iPhone 6 Plus.

The bags themselves are never plugged into a wall outlet, but instead rest on a charging mat, which sends energy wirelessly into a battery inside. “We’re committed to the digital innovation… wave and that’s why we are designing bags for customers who live a life on-the-go”, said Mary Beech, Executive Vice President and Chief Marketing Officer of Kate Spade & Co.