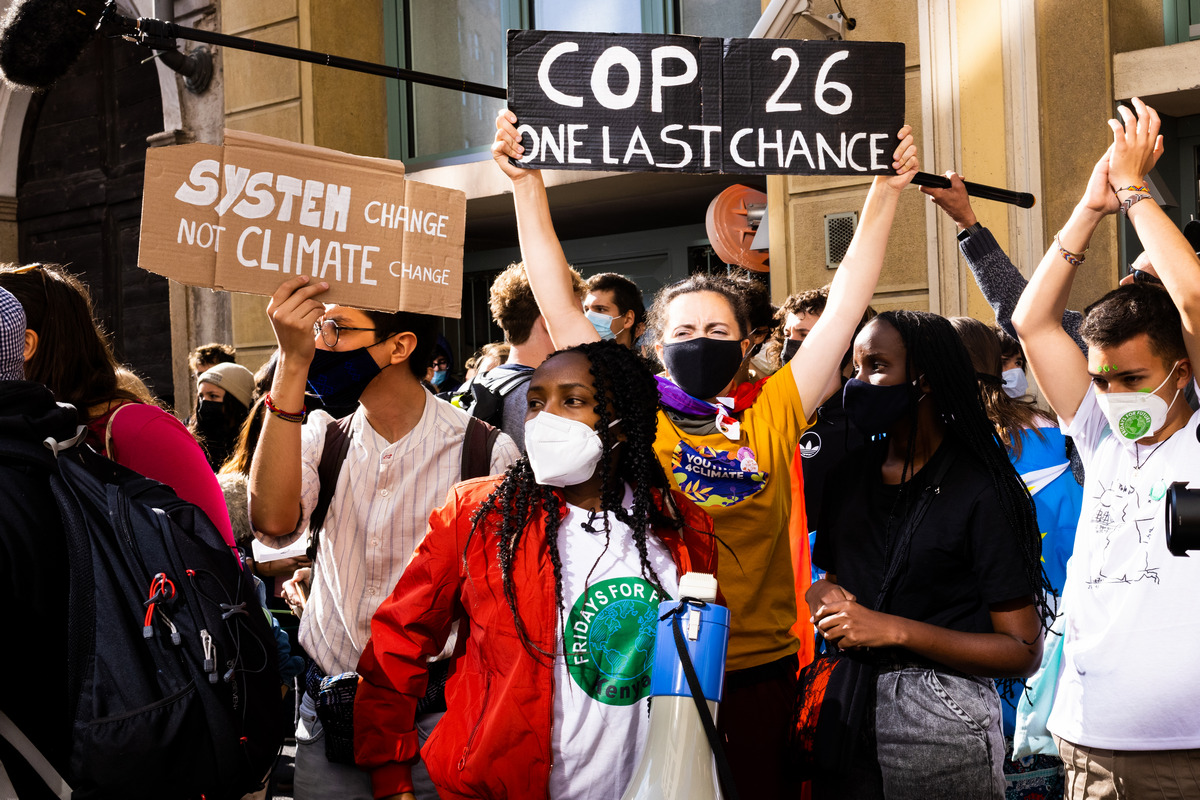 The 26th Climate Change Conference is underway with four main topics. Among them, the achievement of the goal of zero emissions by 2050, the avoidance of temperatures rise, the implementation of practices that will safeguard both communities and the natural environment, the raising of capital from affluent countries as well as the cooperation of the global community in this joint venture.

The focus will also be on funding, while 100 billion dollars have been pledged by the most developed countries with the aim of contributing to the effort, helping the economically weaker ones, even though these are not enough. The conference brings together politicians, scientists and businessmen, aiming for an agreement on fewer emissions to put a stop to the climate crisis.

However, it seems that the targets set and the measures with which they should be achieved by 2030 are not realistic plans. Recently, the UK presented its strategy with 90 billion pounds investment programmes which later received strong criticism from environmentalists.

Cop26 has been the most important event in recent times when high temperatures, floods and extreme events have been recorded after the Paris Agreement reveal the need for drastic measures.

While world leaders will be called upon to conclude agreements on the above issues, startups are in turn in a position to develop new technologies that can make these commitments a reality.

The cultivation of plants in urban landscapes, the exploitation and conversion of everyday materials and actions into energy, the purchases of second-hand clothes or the exploitation of recycled items, are just a few of the many opportunities for startups that want to innovate in the fight against climate change.

In particular, the Cleantech market has noted record investments this year, with startups emerging in various sustainability sectors, ESG and Climate tech.

The importance of ESG

Every startup and VC has had discussions on Environment, Society and Governance (ESG), as this triptych has become a trend in the business world, with companies trying to prove that they operate responsibly.

The proposal of ESG targets, however, differs from when it is set in a multinational company compared to a Sstartup, while VCs need to keep up with the necessary integration of these values into new businesses, while providing them with the flexibility to innovate at a fast pace.

That’s why SeventurePartners, a Paris-based VC company, has made the UN’s sustainable development goals a benchmark for its holding companies, bringing the investor close to achieving them.

What each Startup can do

Climate change is all about being one and one for all, since the task in saving the planet is collective. There are therefore various and substantial changes that can be made to a starup and a VC.

Among them, drawing up an accurate carbon footprint, which can be a difficult and long process, but is vital in understanding where the emissions of the company come from.

There’s no perfect solution, but startups can monitor their footprint on the natural ecosystem, or even take example and ideas from other startups like Bioo that built batteries, which work thanks to energy from soil decay.

On the other hand, Soletair removes carbon dioxide from office ventilation systems, which it claims can increase employee productivity, as well as help the environment. Dayrize also informs its customers about how sustainable the products they buy are.

Another, IGS sells vertical farming systems, which can control the sun, rain and wind by imitating outdoor agriculture, on farms in the city.

The most well-known success story of the industry is Depop, a recycling platform for clothes and thrift, creating an eshop for the sale of used clothes, with particular appeal to the new audience that avoid buying fast fashion.

In general, the sustainability leader is an up-and-coming job for startups to devise a sustainable strategy, where it’s worth investing in looking for programs and new products if they want to stay in the game especially after the decisions that will be taken on climate change prevention.

Brite Solar: The startup that has developed technology to deal with the upcoming food crisis