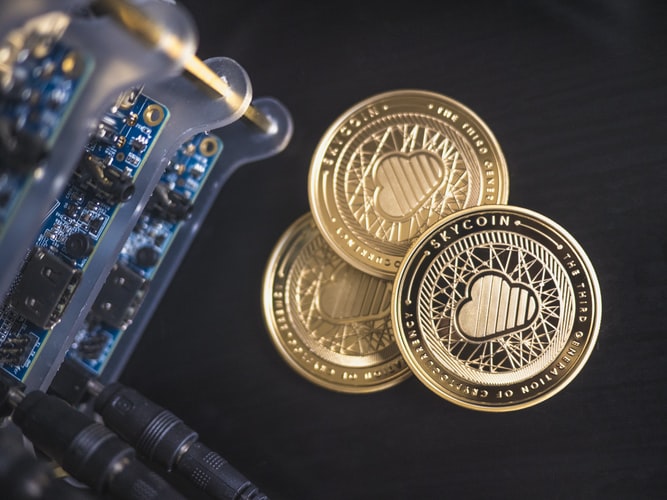 The new form of investment data, called NFT, seems to be transforming from a short-term modern topic into an important investment opportunity, according to PROFITFXLEVEL (ProfitLevel from now on) of BCM Begin Capital Markets CY, a Cypriot investment company.

VISA payment cards manufacturer decided to invest in NFT. In early September, the company announced the purchase of CryptoPunks, one of the first undisputed Ethereum blockchain currencies, created by the american studio Larva Labs in 2017. ProfitLevel further explores this new investment too that is making a strong appearance in the markets.

NFT (Non-fungible Tokens) means irreplaceable currencies that represent digital units that are stored in the form of blockchain and cannot be changed or replaced. Although NFT works can be shared and copied by anyone, there is only one owner, as in the case of classic artwork, where there is only one original, but people can buy, share and exchange copies.

NFTs do not seem to be just a passion of collectors and speculators anymore, but have attracted large and stable companies like VISA.The company has invested 150,000 dollars in CryptoPunks to support the ever increasing sector of investments in cryptocurrencies, NFT and blockchain technology.
VISA has purchased a CryptoPunk # 7610 digital avatar package, which was initially distributed for free to anyone with an Ethereum wallet.The digital artwork shows the figure of a woman with bright green eyes and discreet red lips. “We believe NFTs will play an important role in the future of retail, social media, entertainment and commerce, ” said Cuy Sheffield, head of VISA’s encryption department, on the company’s blog.

One of the reasons for buying the avatar is the company’s interest in expanding its “historic commercial art collection” with another item.However, opponents of the NFTs claim that it is simply an image with a resolution of 25 × 25 pixels, stored in an extremely expensive and slow database.

Regardless of these comments, the announcement of the acquisition sparked a 20 million dollar commercial “explosion” for CryptoPunks The next days will show what values this rise will bring. It is important to realize that there are about 10,000 CryptoPunks and each of them is unique, something that offers many changes in their values.

VISA was not the only company to buy one of the avatars, which were initially distributed for free. However, this acquisition received high public attention For example, advertising director Gary Vaynerchuk sold and bought them. Sotheby’s Auction House sold an NFT for 11.8 million dollars in June, including a bonus. Even singer Jay-Z and footballer Odell Beckham Jr. have bought avatars recently.

Tron’s founder Justin Sun recently announced the purchase of the NFT image with a stone called EtherRock for more than 611,000 dollars. Like CryptoPunks, EtherRock is one of the first NFT projects since 2017. There are 100 of these images for sale, the cheapest selling for around 1.05 million dollars.

It is important to realize that when you buy an NFT, the owner receives “only” a certificate of authenticity and not necessarily the rights to the image. The image can be copied and distributed digitally. However, if big companies like VISA increase their interest in the industry, the comments of NFT rivals will not be important.

How businesses can be protected from cyberattacks