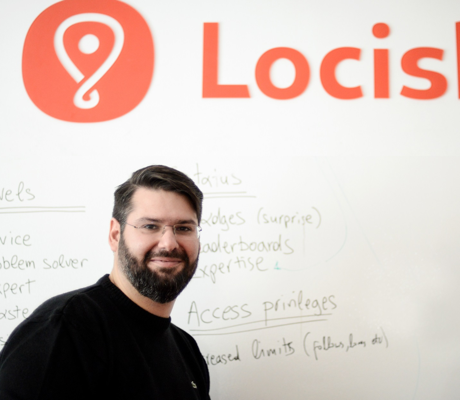 ATHENS – One more start up has announced that it will be halting operations. The founders of Locish, that has received 541,000 euros of funding from the European Commission’s Jeremie fund, has informed users today of this development.

It was Locish’s goal to help users discover restaurants and entertainment on a widespread basis. Its users can turn to those with the application on whatever they desire for food and drink and to see ideas on what they can do from other users in real time.

The field of social applications, such as Locish, is very competitive, its founders, Grigoris Zontanos and Alex Christodoulou say, pointing out that it did not manage to achieve the high goals necessary to remain active in the market. The application was aiming to penetrate the global market, competing against players such as Yelp, Foursquare and TripAdvisor. It operated in Athens, San Francisco and New York.

In comments to startupper.gr, the founders highlighted that their users switched off after their failure to successfully penetrate the US market.

“The goal was to create a question and answer (Q & A) application with which people could discover where they can eat and have fun in the city. Despite its excellent implementation there was problem in the Q & A model as we discovered in the course of things,” said Mr Zontanos.

“In traditional contents based solutions, such as Yelp, 1% of users produce content and 99% consume it. In Q&A applications, the person who wants to consume content must also be a creator. This is something which is difficult to happen, resulting in content not being quickly produced and harming the application’s virality,” he added.

The news on Locish comes after the shutdown by Cookisto that took place in recent weeks in a high risk segment of the economy. In the US, the country seen to be as the leader of startups, some nine in ten fail to succeed.