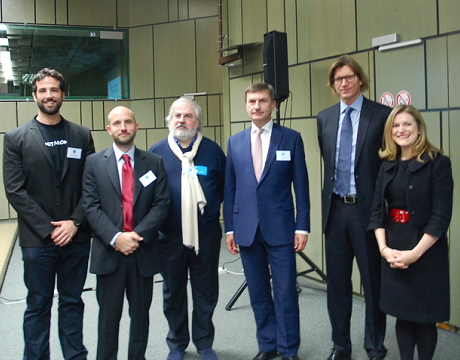 The European Tech Alliance which was designed as a resource for European governments and EU institutions in order to help the industry scale up and create jobs in Europe, was formed by a group of high-tech companies. The next 12 to 18 months will be particularly critical because the European Commission is writing rules to carry out its Digital Single Market strategy, aimed at clearing the way for all tech players -from the EU and beyond- to invest, grow, and prosper in Europe.

The Alliance will look to work with European Union institutions and Member States and commit to share their experience of building tech companies in Europe, so that any legislation or regulation that the EU looks to introduce nurtures the tech sector and enables it to compete on a global level.

Niklas Zennström, president of the group and the co-founder of Skype, founder and CEO at Atomico stated: “We have formed an alliance to share our collective experience with policymakers and challenge mindsets about Europe, technology, and the Internet. There are so many European tech company success stories. We think we will be able to help European leaders understand that Europe is good at tech and show how policymakers can clear the way for the tech industry to grow further”.