Eurolife FFH is committed to promoting equality and mutual respect, recognizing the personality and abilities of every human being 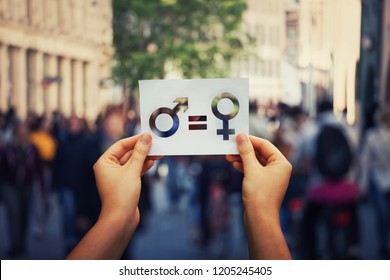 Eurolife FFH supports the conduct of a major research program of the Center for Policy Studies on Gender and Equality (CEGEPS), nationwide, which aims to map and capture the position of women in modern Greek society. This research will be based on the analysis of quantitative and qualitative indicators that will result from the study of the sample, while its implementation has been undertaken by the Center for Gender and Equality Policies Studies (CEGEPS) and MRB Hellas.

Eurolife FFH is committed to promoting equality and mutual respect, recognizing the personality and abilities of every human being. This program, which will study a sample of more than 1,200 participants, has been designed by a specialized scientific team, with many years of experience in the field of the project and will be done under the seal of the Center for Gender and Equality Policies Studies (CEGEPS).

CEGEPS is an independent and autonomous unit of the European Public Law Organization (EPLO) and was created with the vision to promote knowledge and reflection on the major issues of gender and equality both separately and in their complex and multilevel interactions.

The project is divided into three distinct axes.

The first concerns the conduct of nationwide quantitative research, in order to investigate the attitudes and perceptions of Greek society around gender issues.This axis will study the position of women in society, issues of gender-based violence, the causes that shape specific attitudes towards women, as well as the differences in attitudes of different social and age groups on gender equality issues.

The second axis will be formed through focus groups in Athens, Thessaloniki and the periphery, in order to record causes, stereotypes, prejudices and beliefs, which are the cause of gender inequalities. This axis will study the dimensions that make up female identity today, but also the ways of managing the phenomena of gender inequality.

Finally, the third axis, through interviews with opinion leaders, will explore issues of female leadership in public life and the workplace, in order to decode the archetype of the “leader” and understand any peculiarities recorded in a woman’s path to leadership.The third axis will bring together women with leadership roles in various disciplines (from politics and business, to science and technology), as well as psychologists, sociologists and political scientists, men and women, dealing with equality issues.

“Gender equality remains a serious issue even today. The COVID-19 pandemic has created new facts, stopping the progress of the past decades on this issue. Gender equality indicators are receding. The phenomena of gender inequalities and violence against women are increasing, across the board.The global debate that has opened up around the need to achieve gender equality sets new conditions and new parameters. It is now a basic condition for sustainable economic growth and social progress. Therefore, understanding the issue through a scientific research analysis is particularly important. It responds to the urgent need to update all existing data.

The methodology by which the research will approach the issue can lead to useful conclusions, in order to identify the causes, the impact and the ways of dealing with this complex issue. The support of Eurolife FFH for the implementation of CEGEPS objectives is considered valuable.CEGEPS, with its actions, is synchronized with the international dialogue and the challenges around the issue, contributing to social awareness, research and policy making on social justice issues, such as gender equality”, said Olga Kefalogianni, President of the Board of Directors of CEGEPS and Member of Parliament.

Eurolife FFH, deals with issues that concern society and people today and constantly monitors developments, aiming to actively participate in the dialogue. This research is another step towards understanding gender equality issues, while highlighting the aspects and importance of the topic.

SupPlant raised 27 million dollars for an Internet of Trees solution